Is it Safe to Detox by Yourself?

Drug detox is a complicated process where the drug physically leaves your body. According to the National Institute on Drug Abuse, some forms of self-detox are dangerous while others are not. It depends entirely on the drug you are addicted to. Some drugs withdrawal is merely extremely unpleasant while others can be deadly. If you are serious about detoxing off a drug it is always better to have at least one person either with you or who knows what you are trying to do. Certain classes of drugs are more dangerous than others during withdrawal if you choose to detox by yourself.

For help finding a treatment center, call our helpline today!

Alcohol is extremely dangerous to detox from by yourself. Alcohol withdrawal can cause:

All of these symptoms can result in death if a medical staff is not available to help you get through them. They can give you medications and other treatments to make sure that you do not suffer from the more serious symptoms.

This is another class of drug that you will require medical attention to detox from. According to the British Journal of Addiction, the symptoms of benzodiazepine detox are: 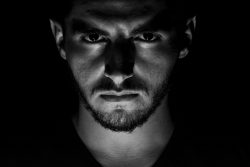 If you are considering detoxing off benzodiazepines such as Xanax or Valium, you should seek medical attention for the detox procedure.

Although cocaine detox is not deadly it is certainly unpleasant. It involves a lot of psychological symptoms such as:

Technically you could detox off cocaine without medical help or without a detox center but your chances of relapse are far greater if you do this. It is best to seek help for cocaine withdrawal or at least the presence of a friend.

Most people who attempt to withdrawal from heroin themselves go back to using very quickly. So, even though technically you could detox off heroin by yourself you probably do not want to.

Marijuana is safe to detox off by yourself but most people do suffer from:

These symptoms are unpleasant and make it very easy for you to go back to using the drug. If you have a powerful addiction or have used it for a long time, medical attention or a detox facility is advisable.

Stimulants such as Ritalin

Stimulants such as Ritalin and other ADHD medication, is difficult to detox from. It is also dangerous to detox from drugs like Ritalin because they cause:

Although some of these drugs are safe to detox by yourself, it is unwise to do it. Many people who choose to detox alone wind up giving in and using again. Some drugs like alcohol, benzodiazepines, and Ritalin, it is best to be in a qualified detoxification facility that can deal with any mental or physical problems that arise. For more information on detoxification, centers and how it works for different drugs call us at 800-483-2193(Who Answers?).