A new University at Buffalo study has found that U.S. adults over the age of 50 who attended at least some college are about 2.5 times more likely to misuse prescription opioids than their counterparts with lower education levels. Rates of opioid misuse among Baby Boomers are even higher among those who use illicit drugs like heroin and marijuana, and who suffer depression. Researchers say these findings can help healthcare professionals better identify older adults at risk for addiction, since this population is generally more sensitive to the effects of opioids.

Looking at Opioid Misuse Among Adults Over 50 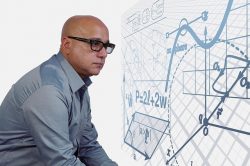 The latest study published in Nursing Outlook surveyed 130 patients over the age of 50 who were using prescription opioids to relieve chronic pain. Researchers set out to identify certain risk factors that led to opioid misuse among this population, and learned Baby Boomers with higher education levels are 2.5 times more likely to misuse opioids. Researchers also learned that the risk for opioid misuse is almost 13 times greater among older adults who use illicit drugs, and nearly six times greater among those suffering moderate depression.

The surveys screened patients for opioid misuse, illicit drug use, alcohol abuse, levels of pain, and mental health disorders including anxiety and depression. An estimated 35% of survey participants reported misusing their prescription opioids during the last month. Those in this population at highest risk for opioid misuse were those with a college degree or moderation depression, and those who used illicit drugs.

Other Risk Factors for Opioid Misuse Among Seniors

Study author Yu-Ping Chang, Ph.D. says though this study is the first to point out an association between education level and opioid misuse, further research is needed to identify why older adults with higher education levels are more likely to misuse opioids than their peers. Chang says that older adults tend to have a more complex medication regimen on behalf of multiple chronic health problems — indicating that these individuals could benefit from medication management services that help lower their risk for complications including addiction.

Chang also points out that older adults using prescription opioids can benefit from interventions that address co-occurring disorders like depression to lower the risk for misuse, since those with moderate depression are more at risk for opioid misuse than those with mild or severe depression. Chang suspects that many older adults who battle depression and who use opioids may be self-medicating to cope with non-pain symptoms.

Other studies also show a strong link between older adults, opioid misuse, and co-occurring disorders. Opioid misuse among seniors is linked to higher rates of suicidal ideation, while seniors who suffer both chronic pain and mental illness are at significantly higher risk for deadly overdoses. SAMHSA even predicts that the number of older adults who abuse opioids will most likely double between 2004 and 2020.

Many older adults take multiple prescription medications to manage health problems that range from high blood pressure, to anxiety, to chronic pain, and more. Certain triggers experienced by the older adult population such as retirement and the death of a spouse also make this group more susceptible to prescription drug misuse. Additionally, older adults who suffer debilitating conditions such as vision problems and dementia may unintentionally misuse opioids due to misreading labels or forgetting when they took their last dose.

Helping your senior loved one fight addiction can improve their quality of life, and allow them to become healthier both physically and mentally. Opioid addiction can be safely treated in older adults using a medical detox and therapy. An inpatient medical detox allows seniors to recover from opioid addiction under 24/7 medical care and supervision to lower the risk for discomfort and complications, while therapy can help your loved one overcome mental illness and other psychological factors driving opioid misuse.

Call our 24/7 confidential helpline at 800-483-2193(Who Answers?) to learn more about addiction treatments for older adults over the age of 50 who need help overcoming opioid dependence. We’ll help you find the nearest drug detox center devoted to helping your loved one become healthier and addiction-free.