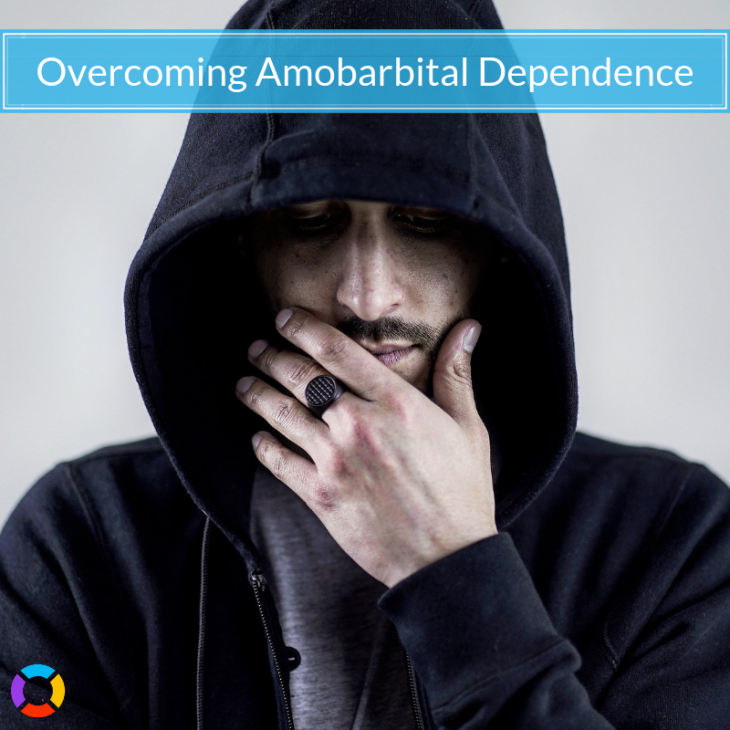 Amobarbital is a drug no longer available for commercial use in the United States but that many individuals are still able to get ahold of and abuse. It belongs to the drug class of barbiturates, which are central nervous system depressants that can cause intense dependence when used often and in high enough doses. Dependence and tolerance both form with frequent use, as well as addiction if the drug is being abused. Those who become dependent will require intensive treatment in an amobarbital detox facility, and often, treatment in a rehab center afterward for addiction. Without this kind of professional care, it can be difficult for an individual to overcome this substance use disorder, and in many cases, serious side effects can occur such as relapse and overdose.

According to the Open Chemistry Database, amobarbital was once prescribed in the United States for the short-term treatment of insomnia. Usually, the drug was not prescribed for longer than 2 weeks, as this was a way to prevent dependence in patients. However, people often begin abusing drugs after taking them medically, and the high potential for abuse is part of the reason the drug is no longer used commercially in the U.S. Unfortunately, many individuals are still able to get ahold of amobarbital or amobarbital sodium and abuse it.

Any time a person takes amobarbital without a prescription or in a different way than prescribed (such as more often, in larger doses, or through a different method like snorting), it is considered abuse.

When a person takes a barbiturate drug for several weeks or more, consistently and in large doses, this can lead to dependence. However, most people who are taking amobarbital are doing so without a prescription, so this is considered abuse. Whether an individual is abusing this drug or not, they can become dependent if they take it consistently for a long time.

The signs of dependence include

Barbiturate withdrawal is one of the more dangerous forms of withdrawal. Certain drugs cause withdrawal symptoms that can be uncomfortable but usually aren’t life-threatening. However, amobarbital withdrawal is similar to delirium tremens (which is a medical emergency that can occur during alcohol withdrawal) or benzodiazepine withdrawal.

Without the proper treatment, patients can experience circulatory failure, according to the medical journal Annali Italiani Di Medicina Interna. This is a common and serious side effect experienced by those who become dependent on amobarbital, and it is absolutely necessary for these individuals to receive safe, professional detox treatment in a facility. This will involve treating their withdrawal symptoms and slowly weaning them off their dependence on the drug.

Signs and Symptoms of Amobarbital Withdrawal

Amobarbital withdrawal is dangerous and easy to recognize, especially if you are aware that you or your loved one is dependent on this drug. Look for the signs and symptoms below in order to confirm that someone is, in fact, going through this serious syndrome.

Amobarbital withdrawal usually lasts for a few weeks, often 4 at the most. In the first 24 hours, individuals are usually at severe risk for developing life-threatening symptoms such as psychosis, hyperthermia, or slowed breathing.

Not every individual’s timeline is the same, however, and this should be taken into account for every person who seeks amobarbital withdrawal treatment. Different options may need to be utilized at different times in order to keep the patient safe and healthy.

As you can see, the symptoms of this withdrawal syndrome can become extremely dangerous in some instances. It is important to understand why these symptoms are so risky and how you can avoid serious effects of amobarbital withdrawal.

Unlike some other withdrawal syndromes, amobarbital is unpredictable and can worsen suddenly and without warning. The dangerous symptoms can always suddenly occur, and it is necessary that proper treatment is received in preparation for any of these symptoms.

Am I Dependent on Amobarbital?

If you are unsure if you are dependent on amobarbital, ask yourself the questions below. They can help you determine if you require treatment for this syndrome.

If you answered yes to one or more of these questions, you are clearly dependent on the drug. And if you do not believe you will be able to stop using amobarbital on your own, you are probably already addicted to the drug, which often goes hand-in-hand with dependence.

Should I Go Through Amobarbital Withdrawal at Home?

No one should attempt to go through amobarbital withdrawal at home. Those who do could potentially experience dangerous symptoms like the ones listed above, and without the proper care, they could be at risk of a deadly outcome. If you are planning to go through amobarbital detox at home, remember that dangerous and even life-threatening withdrawal symptoms can come on suddenly and without warning, sometimes requiring emergency treatment.

If you are not in a safe environment with medical professionals monitoring your symptoms, it could be extremely dangerous for you to go through these symptoms. Also, the farther away you are from a hospital or similar facility, the longer it will take for you to receive the proper treatment and become stabilized again.

According to DailyMed, any patient who has been taking excessive amounts of barbiturate drugs must be slowly weaned off the medication in a professional environment. This is what detox treatment does.

After detox, rehab is a must for anyone who has been abusing amobarbital. As stated by the NIDA, detox only treats dependence, and patients who leave the program still require rehab treatment in order to fully recover from addiction. Otherwise, they will no longer be dependent on the drug but will still be addicted, which can lead to relapse and overdose.

Some patients require multiple treatment programs in order to stay sober and avoid returning to amobarbital abuse. This is perfectly acceptable. After all, every individual is different and requires treatment that suits their specific needs.