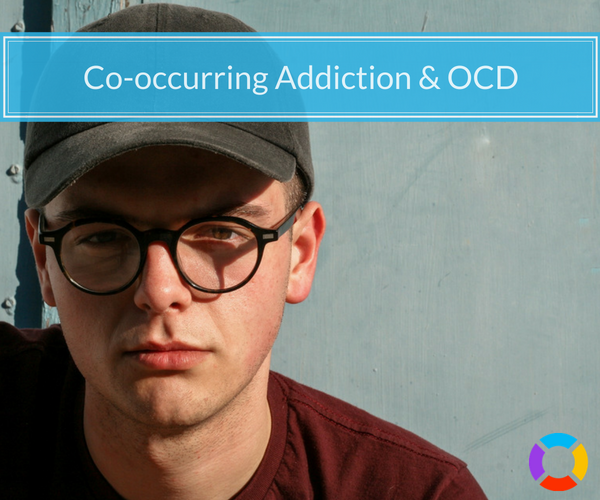 OCD, also known as obsessive-compulsive disorder, is an anxiety-based mood disorder that grows progressively worse with time. When OCD and addiction join forces, you’re actually dealing with two different brain disorders that feed on one another.

OCD develops out of overwhelming obsessions and compulsions that leave you unable to control your behavior. The temporary relief and pleasure that drugs and alcohol bring can quickly become a way of coping with OCD’s effects. This attempt to cope only works to worsen the effects of obsessive-compulsive disorder and pave the way for addiction to develop.

Getting treatment help for OCD and addiction offers a way to take back control of your emotions and behaviors and live a normal life. At Detox.com, we can help you find treatment programs that offer the kind of support you need to get well. Call us here at 800-483-2193(Who Answers?) for more information.

Statistics on OCD and Addiction

Causes of OCD and Addiction

While no specific cause for OCD and addiction has been identified, a number of different factors likely contribute to the development of both conditions. Known causes of obsessive-compulsive disorder in particular, according to the Mayo Clinic, include chemical imbalances within the brain’s neurochemistry, structural abnormalities in the brain and early childhood illnesses.

A common trend does exist for individuals who develop obsessive-compulsive disorder symptoms in childhood or adolescence in terms of addiction risk. In effect, children and adolescents experiencing OCD symptoms are more likely to turn to drugs and alcohol in an effort to cope with the feelings of anxiety and fear that OCD brings. This tendency opens the door for addiction to develop.

Forms of OCD and Addiction to Watch For

Forms of OCD and addiction can vary depending on the type or types of OCD you experience. During the course of your daily affairs, obsessive-compulsive disorder symptoms bring on feelings of discomfort that fuel drug or alcohol-using urges. This means, pattern of substance abuse will likely correspond with patterns of OCD behavior.

Underlying Links Between OCD and Addiction

People struggling with obsessive-compulsive disorder experience ongoing emotional pain and fear that often feels overwhelming. While the behaviors that characterize this condition may appear trivial to a non-OCD sufferer, these behaviors actually provide temporary relief from uncomfortable OCD symptoms. Unfortunately, the more you engage in these behaviors, the more severe OCD becomes.

These conditions set the stage for drug and alcohol abuse to take shape. The effects of drugs and alcohol provide a temporary, and more pleasurable relief from OCD’s effects, so it can be easy to fall into a pattern of substance abuse over time. When this happens, the risk of developing a full-blown addiction increases considerably.

Short-Term Effects of OCD and Addiction

It’s not uncommon for someone struggling with OCD symptoms to know the behaviors brought on by the condition are not normal. For many, not being able to control these behaviors becomes a real source of genuine shame and guilt. In this respect, the short-term effects of OCD and addiction not only develop out of the two conditions, but also the feelings that result.

When drug or alcohol abuse is present, OCD symptoms become more severe and so do feelings of shame and guilt. Before long, a vicious cycle of emotional turmoil and substance abuse turns into a downward spiral of self-destruction.

Other short-term effects brought on by OCD and addiction include:

Long-Term Effects of OCD and Addiction

The long-term effects of OCD can be devastating, leaving individuals unable to hold down a job or care for themselves, according to U. C. San Diego School of Medicine. As difficult as obsessive-compulsive disorder can be, the added effects of addiction only work to reinforce the condition and speed up your rate of decline in terms of overall well-being and quality of life.

The presence of two brain disorders creates conditions where other forms of mental illness can develop. As the brain’s functional capacity continues to decline, serious medical problems can also develop along the way.

Other long-term effects of OCD and addiction include:

Signs You or Someone You Know Struggles with OCD and Addiction

Signs of OCD and addiction encompass the various obsessions and compulsions that characterize OCD as well as circumstances that result from compulsive substance-abusing behaviors. Signs to watch for include:

If one or more of the above signs have started to make daily life unmanageable, it may be time to consider getting treatment help.

Treatment Options for OCD and Addiction

As far as treatment options for OCD and addiction go, it’s all but impossible to treat the two conditions separately considering how they feed off one another. Co-occurring conditions like obsessive-compulsive disorder and addiction require an integrated approach to treatment that treats both conditions together rather than separately, according to the Substance Abuse & Mental Health Services Administration. In turn, both conditions can benefit from the same types of treatment interventions, namely behavioral therapies and medication therapies.

As long as drug and alcohol abuse continues, the effects of substance abuse will continue to aggravate OCD symptoms. For this reason, the addiction problem must be treated first before any progress can be made.

Detox treatment programs provide whatever medical and emotional supports you need to break the body’s dependence on addictive substances. Interventions used may include:

Inpatient treatment programs specialize in treating the most severe forms of mental illness and addiction where other serious conditions have developed as a result of one or both conditions. Other conditions may take the form of mental health problems or chronic medical problems. These programs also handle crisis situations where drug overdose or threats of suicide have prompted immediate treatment care.

When severe psychological or medical problems have developed alongside OCD and addiction, inpatient-based programs offer the level of treatment support needed to gain a solid footing in the recovery process.

For help with finding a program that’s right for you, call Detox.com for prompt assistance.

Outpatient treatment programs work well as long-term treatment options in cases where you’ve already been in treatment for several months. Leaving a treatment program to reenter the “real world” can be unsettling and may even put you at risk of relapse. According to the Journal of Psychiatric Research, outpatient programs allow you to attend treatment sessions throughout the week where you can address the everyday challenges you face from day-to-day in recovery.

For OCD, antidepressant drugs work well at relieving symptoms, which goes a long way towards helping you engage in the recovery process. For addictions involving opiates, medication therapies like methadone help promote a normal chemical balance in the brain and restore a sense of overall well-being. For alcohol addictions, drugs like Campral produce similar effects.

According to the Journal of Comprehensive Psychiatry, obsessive-compulsive disorder ranks 10th as a leading cause of disability. When left untreated, the combined effects of OCD and addiction carry serious risks of mental breakdown and emotional despair.

Once OCD and addiction symptoms start to impair your ability to manage important areas of your life, it’s time to consider getting treatment help.

At Detox.com, our phone counselors are well experienced at helping individuals find the level of care most needed to overcome OCD and addiction’s effects. If you or someone you know is considering getting treatment help and don’t know to turn, we can help. Call our toll-free helpline at 800-483-2193(Who Answers?) to get started.