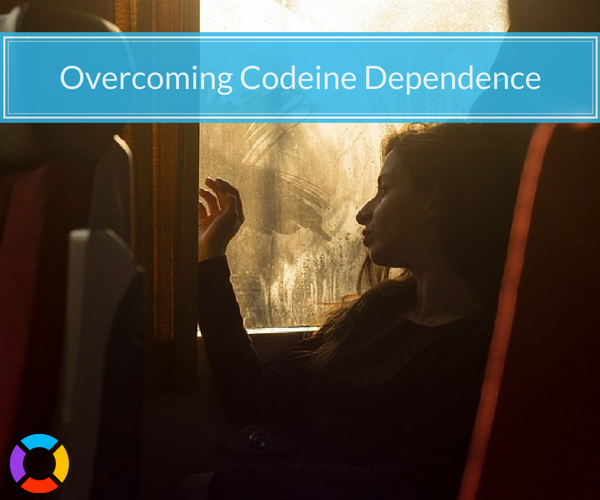 Codeine is an opioid drug that is often used to treat mild to moderate pain. While it can be an effective medication for pain relief, many individuals do abuse it in order to experience the intense euphoria large doses can cause. This kind of abuse can lead to addiction as well as dependence. Those who become dependent on codeine don’t always realize the danger of withdrawal, which can occur after a dependent individual suddenly stops using the drug. This syndrome is considered to be one of the milder forms of withdrawal, but just like any other withdrawal syndrome, it can cause relapse as well as other problems. The best way to cope with withdrawal is to seek treatment at a professional codeine detox center.

As stated by the National Library of Medicine, codeine is a pain reliever from the drug class of opioid agonists. It is one of the few opioids that is naturally found in the poppy plant as opposed to partly or fully synthesized from these substances. Codeine is prescribed to treat mild to moderate pain or to treat persistent coughing as part of a cough syrup that is only available by prescription.

Anyone who takes codeine without a prescription or in a way other than prescribed is guilty of abusing it. This misuse can lead to a number of problems, including addiction and dependence.

When a person becomes dependent on a drug like codeine, they will not be able to function normally without the drug. They may need to take it just to get out of bed in the morning or to get through a difficult day. When they cannot take the drug, they won’t feel like themselves, they may become angry or irritable, and they will experience withdrawal symptoms if they go for too long without it.

Dependence on drugs like codeine can occur even in those who were not abusers of the drug. Anyone who takes an opioid for more than a few weeks can experience dependence, and this sometimes causes confusion in users who don’t realize they’ve become dependent (NLM). Most doctors attempt to keep their patients from becoming dependent on these drugs, but it does occur in often in both addicted and non-addicted individuals.

Codeine withdrawal is similar to other types of opioid withdrawal, and it occurs if a dependent individual stops taking the drug suddenly. The drug is a short-acting opioid that is usually taken every 4 to 6 hours, so an individual will usually start experiencing withdrawal around 8 hours or so after their last dose. Codeine withdrawal is not considered to be one of the most dangerous syndromes that a substance of abuse can cause, but it can create serious effects that can be risky (and in some cases, even life-threatening) to the user.

Signs and Symptoms of Codeine Withdrawal 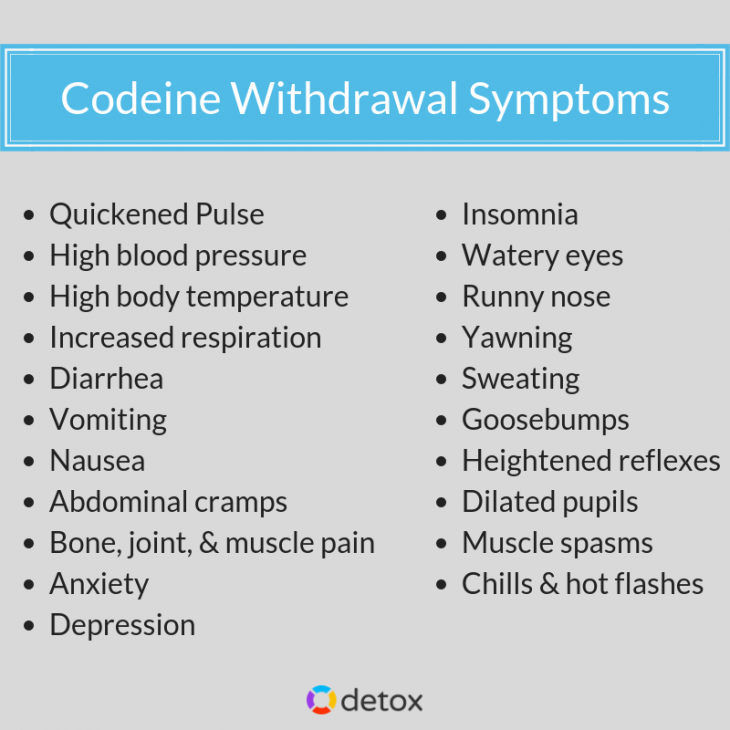 Codeine withdrawal symptoms are similar to those associated with other types of opioid withdrawal, including morphine and hydrocodone. Uncomplicated withdrawal is not considered medically dangerous but it can be extremely uncomfortable.

The common signs and symptoms of codeine withdrawal include

Withdrawal from codeine and other opioids feels similar to the flu. This is one reason why those who don’t realize they are going through withdrawal think that the syndrome is something else. These individuals are often perplexed when flu medications do not work on their symptoms.

Opioid withdrawal can be highly uncomfortable, but for most, it isn’t dangerous. However, certain symptoms can cause serious outcomes, and this can happen quickly and without warning. Therefore, it is important to keep an eye on one’s withdrawal symptoms and to seek professional care no matter what.

As stated by the World Health Organization, the withdrawal timeline for short-acting opioids like codeine is usually about 4 to 10 days. You should expect to go through at least a week’s worth of withdrawal, and most treatment centers will keep you for at least two weeks (if not longer) so you can fully stabilize after the process of withdrawal.

Withdrawal is uncomfortable, and unfortunately, it doesn’t usually stop with its acute stage. PAWS or post-acute withdrawal syndrome often stretches on for weeks after acute withdrawal, and issues like depression, sleep problems, and phantom pain can linger for quite a while after.

Codeine withdrawal, like other types of opioid withdrawal, is not considered life-threatening in its uncomplicated stage. However, there are dangerous potential side effects of this withdrawal syndrome that, if not recognized or treated properly, can become a risk to the health of the withdrawing individual.

Though considered one of the milder syndromes, there are still potential risks associated with codeine withdrawal.

Am I Dependent on Codeine?

If you have been abusing codeine for several weeks, you are more than likely already dependent as well as potentially addicted to the drug. However, if you were taking it as prescribed by a doctor, you won’t be addicted but you could still be dependent. Anyone who takes codeine regularly for more than a few weeks can become dependent simply because the drug causes the brain and body to rely on its effects, leaving the individual with, among other things, an extremely low tolerance for pain (Open Chemistry Database).

Should I Go through Codeine Withdrawal at Home?

It is not safe to try navigating codeine withdrawal without the proper treatment. Some individuals attempt to go through this at home, possibly with a detox kit or by tapering their medications themselves. This is extremely risky, especially because you could easily take too much or too little of the drug and put yourself at risk of overdose, relapse, etc. Instead, it is much safer to seek treatment in a detox center.

Some people are afraid to seek professional detox because they are convinced it will be too expensive. In truth, there are many different facilities that offer different options for care, including low-cost and free detox centers. Make sure you seek out a program that will suit your needs and your budget in order to recover safely.

Detox treatment for codeine follows the same protocols as other opioid detox programs. Doctors use the clinical opioid withdrawal scale (or COWS) to determine how severe an individual’s withdrawal symptoms are and which treatments will best suit their needs (National Institute on Drug Abuse).

Depending on the patient, different medications may be utilized to treat withdrawal symptoms.

Behavioral therapies and counseling can be utilized during detox as a way to help patients with feelings of depression and anxiety. These programs can also prepare individuals for rehab.

Dependence can be difficult to overcome without the proper treatment. As such, it is important to seek professional detox to recover safely.

After detox, you will need to seek rehab if you were abusing codeine. Without proper rehab, you will not be able to safely navigate your recovery because detox only treats dependence. Once you finish detox, most facilities will help you make the transition into addiction treatment, and after this program, you may want to choose an aftercare option that will suit your overall recovery.