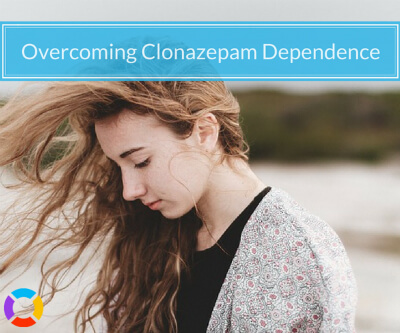 Clonazepam is the generic name for the drug Klonopin, which is a benzodiazepine commonly prescribed to treat seizures. This medication is often necessary for those who would otherwise experience intense and dangerous effects of seizures, but unfortunately, many individuals abuse it because it can cause relaxation, euphoria, and other desirable effects. This misuse can be dangerous, often causing addiction, tolerance, and dependence, but even those who take it as prescribed for several weeks or longer can become dependent on it. When dependence occurs, it is time to consider clonazepam detox treatment.

Clonazepam dependence can lead to withdrawal if the individual suddenly stops using the drug. This can be a serious syndrome that, in some cases, can even become life-threatening. Many people do not realize the severity of clonazepam withdrawal, which requires treatment in a detox center in order for the individual to safely navigate their symptoms.

Clonazepam is often used alone or in combination with other drugs in order to treat seizures, according to the National Library of Medicine. Some individuals need the drug in order to stay safe and healthy, but unfortunately, many people also abuse it.

Clonazepam has become a more popular drug of abuse in recent years, and more people are trying to get their hands on it when it should only be used to treat seizures. This use is always dangerous and can quickly lead to a number of issues.

People who abuse clonazepam will become dependent if they continue to do so for more than a few weeks. Regular, long-term abuse of this drug can easily lead to tolerance and addiction as well. However, those who take clonazepam even as recommended by their doctors can become dependent on and tolerant to the drug’s effects. This is one of the reasons why it is so dangerous, as many people think drugs prescribed by a doctor won’t cause any problematic side effects.

Any time a person becomes dependent on a drug like clonazepam, they need to be weaned off it slowly in order to avoid withdrawal. Sadly, many people aren’t aware of this, and withdrawal can occur as soon as a dependent individual stops taking the drug.

Sometimes, clonazepam dependent people stop taking their medication because they feel they no longer need it. Other times, people who have been abusing the drug no longer have access to more. No matter what, stopping the drug’s use suddenly when you are dependent will lead to withdrawal.

The NIDA states that withdrawal is the process of the body readjusting to not having the drug after becoming dependent on it. In some instances, the symptoms are mild and may only require minimal treatment. However, clonazepam causes some of the most dangerous withdrawal symptoms associated with any drug dependency syndrome.

Signs and Symptoms of Clonazepam Withdrawal

Clonazepam withdrawal can cause a host of symptoms both physical and psychological. Many of them can spill over into affecting the behavior of the individual (especially the most dangerous symptoms), so it is easy to identify if someone is going through this syndrome. Clonazepam withdrawal is typical of benzodiazepine withdrawal and can cause these symptoms

These symptoms all cause discomfort in the individual. Some people may experience more intense symptoms, according to the medical journal Addiction, such as

Because the medication is specifically used to treat seizures, individuals going through clonazepam withdrawal are in even more danger of experiencing this symptom. However, it is extremely difficult to predict whether or not someone will experience any of these symptoms, so treatment in a detox center that offers intensive care is often necessary.

Clonazepam withdrawal usually lasts about three weeks, generally speaking, although this can be different depending on the individual, the severity of their symptoms, and other variables. Most individuals experience the most severe symptoms in the first week or so of withdrawal.

PAWS is the term for the post-acute withdrawal syndrome that occurs after withdrawal ends. For clonazepam dependent individuals, PAWS can sometimes last between a few weeks and a few months. Usually, people experience long-lasting malaise, depression, anxiety, and mental fog. PAWS is incredibly common, and going through detox will help ensure that you have the tools to cope with these symptoms during recovery.

It is always important to keep in mind how dangerous clonazepam withdrawal is, especially if you or someone you love is thinking of going through the experience without the proper treatment.

Am I Dependent on Clonazepam?

Determining whether or not you are dependent on clonazepam can be difficult but asking yourself the questions below can make the issue clearer.

If you answered yes to any of these questions, it is a red flag that you are already dependent on the drug. If you are abusing it, you are probably addicted too.

Should I Go through Clonazepam Withdrawal at Home?

No. Going through clonazepam withdrawal at home is extremely dangerous. Because you could experience seizures, psychosis, or other serious side effects suddenly and without warning, you should instead seek a safe treatment facility—like a detox center—that will be able to offer you clonazepam withdrawal help. Preferably, this center should offer inpatient treatment, as you cannot be certain if you will experience the dangerous side effects of withdrawal.

After detox, those who were addicted to clonazepam will need to attend rehab. Detox itself is only a treatment for dependence and cannot treat addiction. You may choose to attend more than one rehab program or different aftercare options once your initial treatment has ended. Many people choose long-term care or multiple treatment programs in order to help them stay sober and healthy throughout their lives.