Amphetamine Detox: Withdrawal Timeline, Symptoms & What to Expect During Recovery 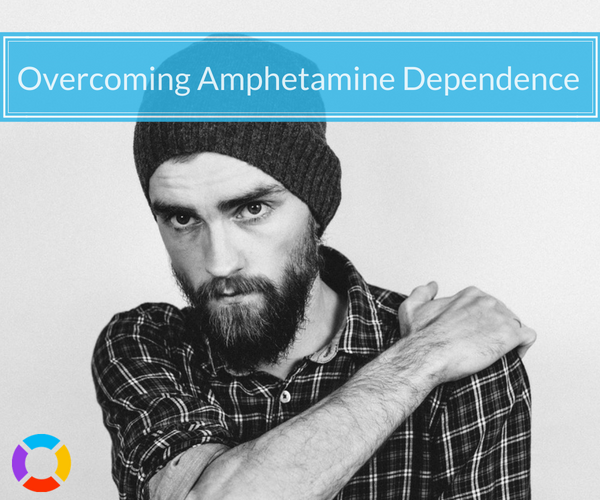 Amphetamines are a class of stimulant drugs that include amphetamine, dextroamphetamine, and methamphetamine. As amphetamine is the common or parent drug, they are similar in the effects they cause and have different uses. Many people take amphetamines as a focus drug to help them with ADHD. Because these drugs are addictive and cause side effects like wakefulness and weight loss, they are often abused. According to the National Institute on Drug Abuse, adults often misuse amphetamines in an effort to improve their memory.  A person can easily become addicted to amphetamine and may need to seek treatment for this issue. Amphetamine detox is where the recovery begins.

What is it like when someone experiences withdrawal from amphetamine? Because the drug is highly addictive and because of the nature of how it works on the brain, amphetamine can cause physical and psychological withdrawal symptoms. Depending on the person, some of the symptoms he or she may experience during amphetamine withdrawal are: 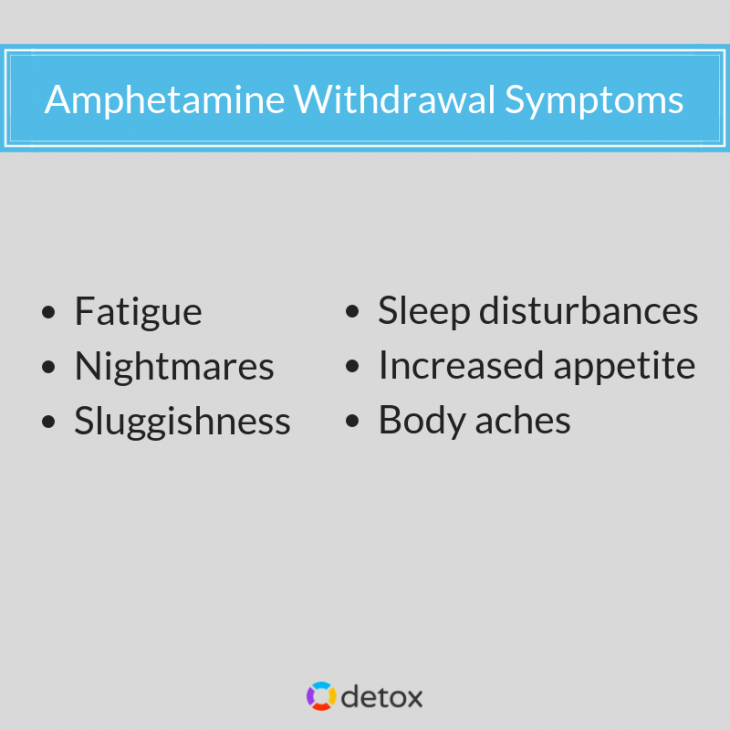 Those who choose the first step toward healing find themselves in the early stages of amphetamine withdrawal rather quickly. Within the first 1-3 days following the last dose of any amphetamine side effects such as headaches and dizziness are likely to occur. During this time, relapse is most likely to occur, but support can help you get through this challenging period of early recovery.

To help you better understand the withdrawal process, we’ve compiled the following timeline of symptoms that most amphetamine abusers find themselves struggling with when they enter detox:

What Happens in Amphetamine Detox?

Someone going through amphetamine detox will likely feel very irritable and frustrated. The disturbance of sleep patterns will be difficult on the person, as will the discomfort and sluggishness after he or she is used to being high often on amphetamine. Many people also are used to the binge crash cycle of abusing amphetamine where the user takes a large amount of the drug to feel high and stay awake for several days. According to CESAR, “when binge episodes end, the abuser ‘crashes’ and is left with severe depression, anxiety, extreme fatigue, and a craving for more drugs.”

In amphetamine detox, a person is treated through his or her withdrawal symptoms as the amphetamine leaves the body. There are many types of clinics that conduct amphetamine detox, including both inpatient centers and outpatient centers. A person who chooses to detox in an inpatient center will likely be without a strong family or friend support system while someone who chooses outpatient care will be able to go through detox while living outside of the clinic. Inpatient care is ideal for those who do not have much support at home because they will receive it at the hospital. It is also necessary for many people who have more severe addictions. If someone is addicted to methamphetamine, because of its strong and often dangerous withdrawal symptoms, that person ought to consider inpatient detox.