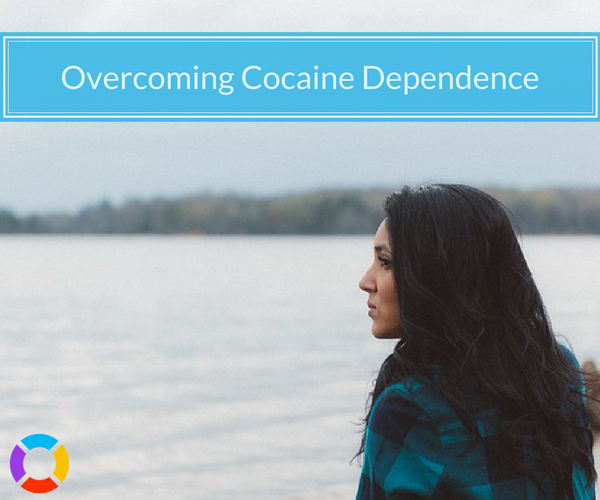 Cocaine is a powerful stimulant drug that is often abused by individuals hoping to gain its instantaneous, short-term effects. However, if you misuse the drug often enough, you can easily become dependent on it as well as addicted to it. Dependence can lead you to require the drug in order to simply get through the day, and if you suddenly are unable to obtain it, you will experience a set of intense withdrawal symptoms, most of which are psychological in nature. Treatment for cocaine addiction requires rehab in a safe, controlled environment in most cases, and most individuals need to begin their rehabilitation with cocaine detox. Detox treatment will help you put an end to your abuse of this dangerous drug and navigate withdrawal safely.

According to the National Institute on Drug Abuse, cocaine is a Schedule II substance that causes intense euphoria when abused. In addition, the drug can also cause an individual to feel more energized, talkative, and excitable. It suppresses the need for food and sleep and makes users feel alert and stimulated. These are the main reasons you might have started abusing cocaine in the first place, but unfortunately, continuous abuse can lead to serious side effects.

If you have been taking this drug often and over a long period of time, you are likely to be dependent already, and when a dependent individual suddenly cannot obtain more of the drug, withdrawal sets in. 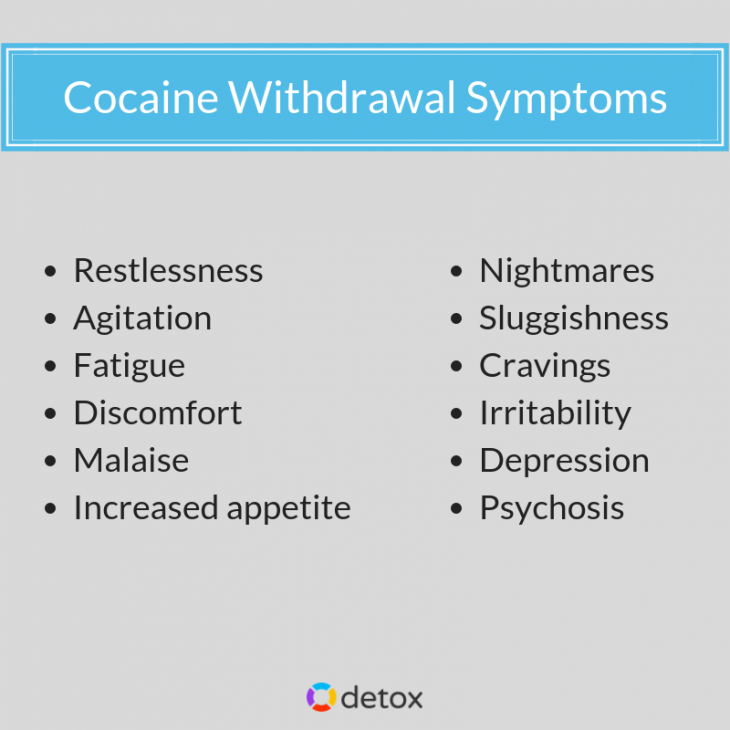 As the National Library of Medicine states, cocaine withdrawal used to be believed to be mild or even nonexistent. Unfortunately, this was because the symptoms are mostly psychological in nature, which means it is hard for others to recognize them and determine their severity. After years of studying the disorder, cocaine withdrawal is now considered one of the most uncomfortable syndromes associated with substance dependence.

The main symptoms associated with cocaine withdrawal include

Cocaine withdrawal could potentially last for months after the initial symptoms start. In most cases, you will experience a crash period that comes on quickly after the drug wears off. This could potentially be followed by weeks (sometimes months) of malaise, depression, and fatigue.

As such, you will likely struggle with the results of and the fallout from cocaine withdrawal for a long time, but it will be difficult for you to communicate the intensity of these symptoms with others.

The cravings for cocaine can become so intense during withdrawal that people in detox will sometimes do anything to get more of the drug. This could easily lead to an overdose, as a user may take a large amount of the drug that their body can no longer handle because they have been in withdrawal. As such, deadly overdose is always a potential outcome of unchecked cravings during cocaine detox.

This syndrome is similar to schizophrenia and usually occurs in the first week or so of detox. According to the Center for Substance Abuse Research, cocaine-induced psychosis can cause symptoms such as

For these reasons, as well as many others, treatment in a professional detox center is necessary if you are dependent on this stimulant drug.

How Long Do Cocaine Effects Last After Detox?

Cocaine withdrawal is one of the longest lasting withdrawal syndromes associated with any drug of abuse. Most detox centers will treat patients for at least three to four weeks, but you may experience lingering depressive symptoms, cravings, and irritability for months afterward. This is called post-acute withdrawal syndrome (or PAWS), and although most addicts experience a version of it, cocaine addicts often experience it for the longest period of time.

According to the NIDA, people who have been addicted to cocaine in the past can also suddenly be triggered into experiencing cravings for the drug years after their last use. This is considered a long-lasting effect of cocaine withdrawal that users have to avoid at all costs. Avoiding these post-acute cravings can require actions like never drinking coffee or any other beverage containing caffeine.

What Happens in Cocaine Detox

Cocaine detox is a professional treatment program that focuses entirely on helping patients go through stimulant withdrawal safely. These programs can take place in many types of facilities from inpatient to outpatient centers and hospital-based to nonhospital-based centers.

Cocaine detox is often a necessary part of addiction recovery, but you MUST remember that this program alone is not a treatment for addiction, just dependence. Once you leave this program, you will need to seek professional rehab in order to build a full, well-rounded recovery from this powerful stimulant.

Different patients require different types of help based on the severity of their symptoms. However, you will likely need treatment in an inpatient center in order to recover from cocaine withdrawal.

Most cocaine addicts need to at least start out their treatment with inpatient care, often when they seek detox treatment. Every individual is different, though, so make sure you choose the best option for your safe recovery.

Cocaine withdrawal is not easy, and quitting will be difficult for you, especially in the beginning. However, you are choosing the best option for your future when you decide to put an end to your cocaine abuse. The best thing you can do is to quit with the help of medical professionals who can treat your withdrawal symptoms and maintain your psychological and physical well-being during the arduous process of withdrawal.