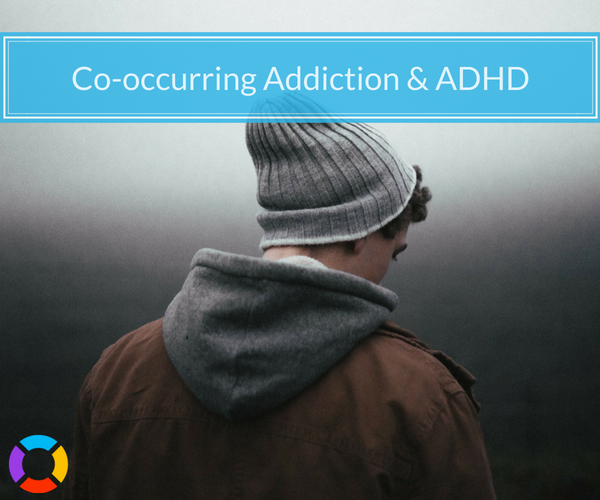 As one of the most commonly diagnosed childhood disorders, ADHD often continues on into adulthood with many people not knowing they have it. Like other types of behavioral disorders, ADHD results chemical abnormalities in the brain that affect how individuals interact with the world around them. When ADHD and addiction co-occur, dealing with daily life pressures and responsibilities becomes all the more difficult.

In the absence of needed treatment help, ADHD and addiction sufferers stand to experience increasing frustration coupled with a growing inability to cope with everyday life. Meanwhile, drug and alcohol use turns into an out-of-control problem over time.

The good news is, both conditions are very much treatable. Available treatment options are many and are designed to address ADHD and addiction in all its forms. Detox.com can help you find a treatment program that provides the level of support you need to take back control of your life from addiction and get ADHD symptoms under control.

Statistics on ADHD and Addiction

Causes of ADHD and Addiction

The actual causes for ADHD and addiction remain unknown, though characteristics of ADHD tend to make those affected more susceptible to getting caught up in the cycle of substance abuse addiction. Genetics is believed to play a central role in causing ADHD. Likewise, shared genetic markers have been found to exist between ADHD and alcoholism.

In effect, the ADHD brain is wired differently, which makes it more vulnerable to the effects of alcohol and drugs. In turn, symptoms of ADHD, such as impulsivity and risk-taking increase the likelihood that a person will experiment with addictive substances. These conditions set the stage for the effects of substance abuse and addiction to take hold.

Forms of ADHD and Addiction to Watch For

ADHD symptoms can take different forms for different people, which inevitably affects how this condition interacts with a substance abuse problem. According to the Centers for Disease Control & Prevention, three forms of ADHD have been identified:

Contact Detox.com now to find drug and alcohol detox centers near you!

The symptoms associated with an ADHD condition can change over time. This condition can also take mild, moderate and severe forms.

When combined with a substance abuse problem, symptoms of ADHD become increasingly worse regardless of the type.

Underlying Links Between ADHD and Addiction

Underlying links between ADHD and addiction have to do with how these conditions feed off one another. If you or someone you know struggles with ADHD and addiction, you’re actually dealing with two brain disorders that aggravate one another. This means ADHD triggers substance-abusing behavior and vice versa.

According to the National Institute on Drug Abuse, both ADHD and addiction interfere with brain functioning in the following ways:

Symptoms of ADHD can bring on feelings of stress and anxiety due to rising frustration levels over not being able to manage everyday life tasks. In order to gain some sense of relief, you may opt to try and self-medicate ADHD symptoms with drugs or alcohol. The effects of drugs and alcohol only work to make ADHD symptoms worse, which sets off a vicious cycle of drug abuse and rising frustration levels.

Short-Term Effects of ADHD and Addiction

ADHD affects both children and adults, with many children carrying the condition on into adulthood. In turn, adolescents who have ADHD are more susceptible to substance abuse than their counterparts. Children and adults stand to experience difficulties in almost every major area of their lives, especially when drugs and alcohol are involved.

Short-term effects from the combined effects of ADHD and addiction may take the form of:

Long-Term Effects of ADHD and Addiction 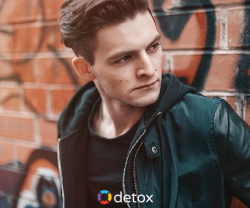 Untreated ADHD and addiction can have serious health consequences.

Over time, the effects of substance abuse start to warp your motivations and priorities to the point where daily life becomes unmanageable. These changes develop out of growing chemical imbalances in the brain, which ultimately change how the brain works. Drug and alcohol abuse also wears down the body’s systems, causing growing health problems to develop along the way.

Signs You or Someone You Know Struggles with ADHD and Addiction

It’s not uncommon for individuals affected by ADHD do not know they have it. Likewise, ADHD symptoms become even harder to spot when substance abuse becomes a factor. Daily difficulties, such as being late or forgetting meetings can be easily overlooked, even though these types of problems tend to happen on a regular basis.

According to Mayo Clinic, signs to watch for if you suspect you or someone you know struggles with ADHD and addiction includes:

Treatment Options for ADHD and Addiction

An integrated treatment approach that treats both conditions simultaneously offers the best chance of getting ADHD and addiction under control. Due to the ongoing damage that substance abuse causes, detox treatment should be considered as an essential first step, according to the journal of Current Opinion in Psychiatry.

Inpatient and residential programs provide you with the day-in, day-out experiences and habits that promote continued abstinence from drug abuse. Inpatient programs specialize in treating the most severe of cases, such as when serious medical problems develop as a result of chronic substance use. Residential programs focus more on the behavioral aspects of addiction recovery.

Both program types also provide you with tools and strategies for managing ADHD symptoms in your day-to-day life.

Outpatient programs work well for helping you stay engaged in the addiction recovery process. These programs provide much-needed guidance and emotional support as you start to apply the principles and practices learned in treatment within your everyday life. As a general rule, outpatient programs should only be considered during the early stages of substance abuse when you can still manage daily life responsibilities.

While there are a number of medication treatments for ADHD, there’s a very real risk of drug abuse for someone who’s also struggling with an addiction problem, according to the Substance Abuse & Mental Health Services Administration. The same goes for medication therapies used in addiction treatment. For these reasons, talk therapies work best as a treatment for co-occurring ADHD and addiction.

Keep in mind, each person’s treatment needs are different so medication treatment may well be warranted all the same; especially in cases of severe ADHD and/or addiction.

Not being able to keep up at work, communication difficulties with friends and family and feelings of discouragement and frustration can wear away at your ability to cope with daily life. If you’ve reached the point where you can’t make it through the day without seeking relief through drug or alcohol use, it’s time to consider seeking out some form of treatment help.