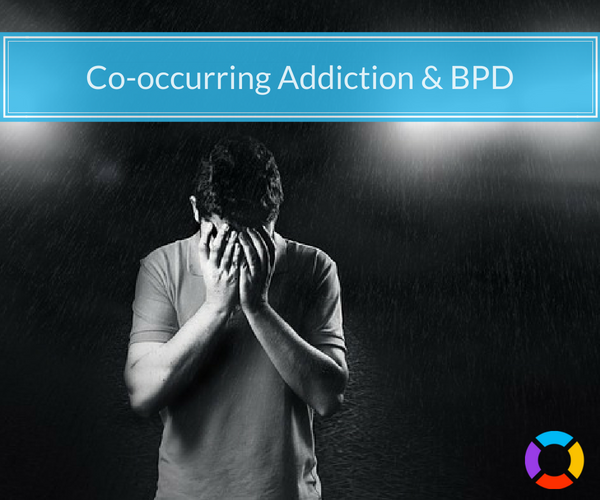 If you or someone you know lives with BPD, this condition all but warps the brain processes that regulate thinking, emotion and behavior. In effect, BPD sufferers tend to take everything that happens around them personally, regardless of whether there’s any basis to do so. When addiction is present, these traits only become more volatile and severe.

Nonstop emotional turmoil, faulty patterns of thinking and an unstable self-image most characterize borderline personality disorder. Addiction has similar, if not the same, effects on your day-to-day living.

According to the National Institute of Mental Health, causes of BPD arise from a combination of genetic and developmental factors that predispose individuals to develop this condition. These risk factors set a pattern of harmful personality traits in motion, which tend to grow more severe over the years.

Other potential causes of borderline personality disorder include:

Each of the above conditions can also increase the likelihood of developing a substance abuse problem.

Forms of Borderline Personality Disorder and Addiction to Watch For

Forms of borderline personality disorder have to do with the patterns of behavior that make an everyday living so difficult for BPD sufferers. As is so often the case, the effects of substance abuse and addiction only make BPD symptoms more severe.

According to the Substance Abuse & Mental Health Services Administration, patterns of behavior to watch for include:

Borderline personality disorder occurs in one percent of the population, but rates of BPD among substance abusers run much higher. Part of the reason for this lies in the learned coping behaviors that characterize BPD as well as the genetic risks that predispose a person to develop BPD.

In effect, compulsive drug and alcohol abuse becomes a way of coping with daily stress and responsibility. If you or someone you know struggles with a borderline personality disorder, ongoing emotional turmoil and relationship difficulties can easily drive you to seek out relief through drugs and alcohol.

On the flip side, the damaging effects of substance abuse make BPD symptoms even more severe over time. These effects take the form of:

The combined effects of borderline personality disorder and addiction make for a highly stressful lifestyle. Whereas BPD makes interacting with others and managing daily life tasks difficult, addiction’s effects can leave you unable to face the day.

Much like any other type of mood disorder, individuals affected by BPD don’t handle negative emotional experiences in healthy ways. Rather than try to understand and process these emotions, someone with a mood disorder will rather suppress or avoid them altogether. Over time, this practice only works to fuel more intense emotional reactions.

For these reasons, BPD sufferers stand to develop other types of mood disorders when BPD goes untreated, according to Boston University. Other mood disorders that can develop include:

If you’re struggling with borderline personality disorder and addiction, the rate at which other mood disorders develop may be much faster than for someone who only has BPD.

According to Psych Central, being under the influence of drugs or alcohol increases one’s risk for suicidal ideation and behaviors when the person has BPD.

Borderline personality disorder and addiction make for a feverish cycle of substance abuse and emotional turmoil that only gets worse with time. According to the National Institute on Drug Abuse, treating both conditions at the same time is essential to helping affected individuals get their lives under control.

On both fronts, medication and behavioral treatments are commonly used throughout the course of the recovery process.

While both conditions warrant immediate attention, treating the addiction problem at the outset is critical to making any progress at all. Detox treatment programs provide the types of treatment supports needed to help you overcome uncomfortable withdrawal effects. These programs also help you get an idea of what it will take to maintain continued abstinence on a long-term basis.

Inpatient treatment programs have ample experience at handling the worst of the worst of addiction problems. Unfortunately, the level of emotional despair that borderline personality disorder breeds often makes for worst-case scenarios when addiction is present.

Inpatient programs can treat both BPD and addiction, providing:

Outpatient programs work well at helping you stay engaged and focused on the recovery process. Much of the work done in outpatient care deals with helping you develop healthy ways of coping with daily relationships, stressors, and pressures.

According to the journal of Current Behavioral Neuroscience Reports, individual talk therapies, such as dialectical behavior therapy (DBT) work particularly well for people recovering from borderline personality disorder and addiction. Therapies like DBT place a heavy emphasis on helping you work through the faulty thinking that fuels BPD behavior and take personal responsibility for your thoughts and behaviors.

Medication therapies can be used to treat borderline personality disorder and certain types of addiction. These therapies help regulate brain chemical imbalances that arise from the effects of BPD and addiction.

Opiate and alcohol-based addictions can benefit from methadone, Suboxone and Antabuse, all of which work to stabilize the brain’s chemical system. Medications used to treat BPD produce similar effects with antidepressants and atypical antipsychotics being the most commonly used drugs.

Ultimately, your individual treatment needs will determine which medication therapies will work best.

Interpersonal relationships tend to trigger the greatest degree of distress for people living with a borderline personality disorder. According to the journal of Dialogues in Clinical Neuroscience, feelings of abandonment, anger, and despair can bring on the most destructive of behaviors, including physical aggression, suicide attempts and dangerous risk-taking.

Combine BPD traits with the effects of addiction and the need for some form of treatment help becomes painfully apparent. It’s never too soon to consider getting treatment when borderline personality disorder and addiction are impacting your life.