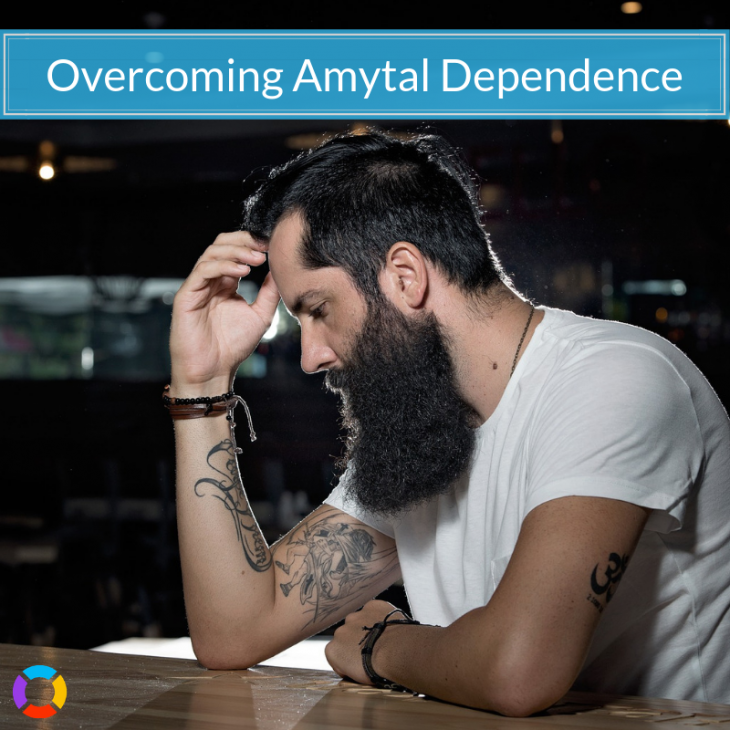 Amytal is the brand name of amobarbital sodium, a barbiturate drug used to treat short-term insomnia, seizures, and other issues. In certain circumstances, the drug is also used as a kind of truth serum to try and get individuals to admit certain information that they would otherwise keep to themselves. The drug is highly dangerous because it is addictive and also because it can create one of the most life-threatening withdrawal syndromes of any drug of abuse. If dependence develops, it is imperative that Amytal detox treatment is sought.

Seizures, psychosis, and respiratory depression are all possible side effects of Amytal withdrawal, which can occur if someone who becomes dependent on the drug suddenly stops taking it. This is one reason why it is no longer prescribed by most doctors, even in short-term treatment regimens. Those who become dependent on Amytal are at serious risk of intense withdrawal symptoms that can become deadly, as well as other serious side effects of long-term barbiturate abuse.

According to HealthDirect, the active ingredient in the brand name drug Amytal is amobarbital, a barbiturate. Barbiturates are CNS depressants that affect the mind and body similarly to sleep aids like zolpidem (Ambien) or benzodiazepines like alprazolam (Xanax). The drug can make an individual experience relaxation and euphoria as well as drowsiness, dizziness, and confusion. These effects can feel good, which is what leads to Amytal abuse.

Any form of Amytal abuse can be dangerous, and often, it leads to prolonged misuse.

Amytal abuse can quickly lead to dependence, just as taking the drug as prescribed can if the individual takes it long enough. Most doctors who do prescribe Amytal will do so for a short period of time (such as for short-term insomnia relief) in order to try and avoid dependence, but those who misuse the drug will become dependent on it. Dependence often has a few signs you can recognize in yourself or a loved one.

According to the Toxicology Data Network, anyone who takes at least 600 to 800 mg of Amytal for approximately 8 weeks will experience some degree of physical dependence on the drug. Of course, this can fluctuate depending on the individual, their past substance use history, and other variables.

Amytal withdrawal occurs when a person who is dependent on the drug suddenly stops taking it. This could happen if the individual is no longer able to obtain more of the drug from an illicit source, if their prescription runs out, or if they stop using the drug suddenly for whatever reason. Withdrawal from many drugs can be mild (often uncomfortable but not dangerous), but Amytal withdrawal is one of the more serious syndromes associated with drug dependence.

The symptoms can worsen suddenly and without warning, and many individuals experience life-threatening issues such as psychosis, seizures, and respiratory depression. It is always necessary for Amytal dependent individuals to receive the proper treatment for withdrawal instead of trying to go through it alone, and this means treatment in a professional detox center.

Contact Detox.com now to find Amytal detox centers near you!

Signs and Symptoms of Amytal Withdrawal

The symptoms usually start to occur 8 or so hours after use stops, so look for these signs of Amytal withdrawal at this time, including

The last symptom will only occur if the individual has been abusing Amytal, which is the case with most dependents of this drug. These are the most common side effects, although an individual can also experience

Respiratory depression can also occur during Amytal withdrawal, and some individuals experience circulatory failure, the signs of which are

Anyone who begins to experience respiratory depression, seizures, and/or psychotic symptoms will require immediate, emergency medical treatment, as these symptoms can be life-threatening.

Symptoms can begin as early as 8 hours after one’s last dose and usually peak around 72 hours after withdrawal has begun. However, they can last for at least 3 weeks and often closer to 4.

PAWS can last for weeks or months depending on the certain individual. Although it is not considered part of the regular timeline of withdrawal, recovering individuals should still learn to cope with these symptoms to be able to stay safe and sober after detox has ended.

The dangers associated with this withdrawal syndrome can’t always be predicted and they certainly cannot be treated without professional care in most instances.

Am I Dependent on Amytal?

You may not be sure if you are already dependent on Amytal, so ask yourself the questions below to find out more.

If you answered yes to any of these questions, you are already dependent on the drug. Also, if you have been abusing it and experience tolerance, cravings, and an inability to control your use, you are likely already dependent and addicted. Treatment will be necessary for your safe recovery.

Should I Go through Amytal Withdrawal at Home?

It is unsafe to go through Amytal withdrawal at home. Withdrawal without the proper treatment can be seriously life-threatening, and it can be difficult to determine when and if dangerous symptoms have begun to occur. If they do, it is also harder to get medical treatment when coming from home than when you are already in a safe, detox environment.

Amytal detox should probably take place in an inpatient or residential treatment center where patients can receive 24-hour surveillance from a medical team. Different treatments may be administered in order to ensure the patient’s safety such as

Inpatient care is often necessary because these facilities will ensure the patient is in a safe environment 24/7 and because they offer hospitalized care, which could be necessary for those going through such a high-risk withdrawal syndrome.

Once detox has ended, patients who are addicted to Amytal will require further treatment in a rehab center. This will allow them to safely build a foundation for their recoveries and avoid returning to drug abuse later on. Multiple treatment programs may be necessary, depending on the severity of the individual’s addiction, and afterwards, aftercare programs like therapy, 12-step groups, and sober living homes may be effective.