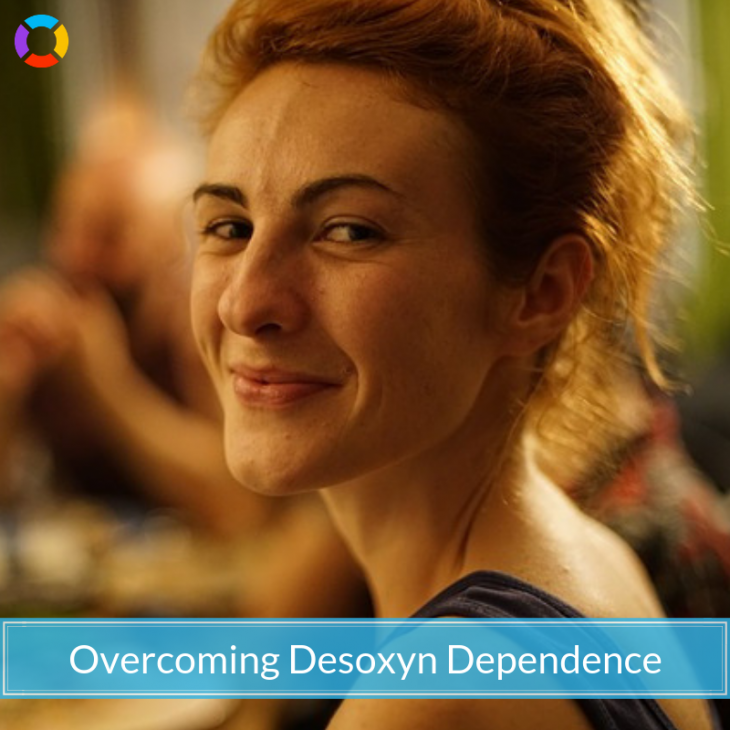 Desoxyn is the brand name drug that contains methamphetamine, a type of stimulant that is also highly abused in its illicit, crystal form. Though the drug is not widely prescribed, some doctors do still prescribe Desoxyn to aid patients in weight loss, to treat ADHD, and to treat narcolepsy. This medication is highly regulated in many ways, and yet, users still get ahold of it for illicit purposes, eventually becoming dependent on and addicted to its effects. Those who do become addicted should begin their recovery with Desoxyn detox treatment.

Desoxyn dependence should be treated similarly to crystal meth dependence, and patients absolutely must receive the appropriate, professional treatment for this issue. Individuals who are not treated safely for Desoxyn dependence and addiction have a high risk of relapse and deadly overdose.

According to the U.S. Food and Drug Administration, Desoxyn is usually only prescribed to treat patients in whom no other treatment option has worked, whether in the case of narcolepsy, ADHD, or an inability to lose weight. When the drug is prescribed, a patient usually has no access to refills, and regular meetings with one’s doctor are necessary. However, many individuals still abuse Desoxyn.

Most doctors try not to keep their patients on Desoxyn longer than necessary. However, anyone who takes the drug for more than a few weeks has the potential for becoming dependent (Open Chemistry Database).

People who abuse Desoxyn can become tolerant to the drug as well as dependent on it. This can also occur in people who are treated with the drug for more than a few weeks. The drug is not recommended for treatment beyond this duration, according to the Centers for Medicare and Medicaid Services, but long-term use and dependence still occurs.

Dependence can be defined as a need to use the drug in order to feel normal. If the individual needs Desoxyn to feel good, to get out of bed in the morning, or to simply function, dependence has already set in.

Another strong sign of dependence is withdrawal. Those who take the drug for prolonged periods of time and suddenly stop will experience intense withdrawal symptoms, some of which can even be life-threatening. These symptoms will last until the individual’s body is no longer dependent on the drug, although they can linger for months (even years) after and occur without warning. This is the nature of stimulant drug withdrawal.

Desoxyn withdrawal requires professional treatment, often in an inpatient detox center. Individuals without proper care will struggle to put an end to their use of the drug, and their withdrawal symptoms might also become extremely dangerous without warning.

Signs and Symptoms of Desoxyn Withdrawal

The signs of Desoxyn withdrawal are similar to those associated with crystal meth because the drug causes the same effects. According to the Center for Substance Abuse Research, many meth users will try to prolong their high as much as they can in order to avoid experiencing withdrawal symptoms, but eventually, these will occur if the individual does not have access to the drug.

Withdrawal symptoms associated with Desoxyn include

The psychotic symptoms one is likely to experience (such as those listed at the end) are often similar to schizophrenia and can be very dangerous. A person experiencing these symptoms can be difficult to reason with and can harm themselves or others in their unhinged psychological state. In addition, depression can be severe, as can insomnia.

Recognizing these symptoms is usually easy, as many of them are behavioral in nature. However, some are fully psychological, which can be difficult to pinpoint when you are not the one going through withdrawal. Anyone who seems to be struggling with any of these withdrawal symptoms needs professional help immediately.

Desoxyn withdrawal has a unique timeline, which usually occurs over about 4 weeks. Unfortunately, though, the post-acute withdrawal syndrome (or PAWS) an individual may experience as a result of Desoxyn dependence can last for months.

It is important to be aware that you will likely still be grappling with withdrawal symptoms from Desoxyn months—and maybe even years—after you stop using the drug. As a result, make sure you receive the proper treatment and that you seek further help whenever necessary.

Desoxyn withdrawal is dangerous because it causes most of the same effects that crystal meth withdrawal does. This drug is prescription-based, but even those who take it as prescribed for too long can become dependent, which can be dangerous.

Am I Dependent on Desoxyn?

If you have been taking Desoxyn for more than three weeks, you are probably already dependent. The drug is very potent and is one of the most vulnerable substances when it comes to abuse, simply because it is the same general substance as crystal meth. Those who take it (either as prescribed or as a form of abuse) for a few weeks or more are likely to become dependent.

Doctors who prescribe this drug go out of their way to avoid addiction and dependence, but it is difficult to do so with such a volatile drug.

Should I Go through Desoxyn Withdrawal at Home?

Going through Desoxyn withdrawal at home is highly dangerous. Relapse is one of the most serious dangers of Desoxyn withdrawal, and those who do not receive the proper care are at increased risk of this outcome. Overdose also occurs in many cases when a person relapses because they often don’t realize their tolerances have diminished. According to the National Library of Medicine, many different organs can be affected by methamphetamine overdose, and death can occur even with just one, very large dose.

As a result, it is necessary for you to have the proper care when you withdraw from Desoxyn. You likely won’t be able to control your actions during the syndrome, and you could wind up hurting yourself, someone else, or relapsing back to drug abuse, which could lead to overdose.

Detox involves stabilizing the individual so they can safely navigate withdrawal from Desoxyn. This can include the use of medications and behavioral therapies. Early on in treatment, antipsychotics may be necessary to treat psychosis, according to the U.S. Department of Veteran Affairs. Afterward, anti-craving agents may also be necessary, as may antidepressants, especially in the last few weeks of detox. Some patients may leave detox still on antidepressants if they are experiencing severe PAWS symptoms.

Behavioral therapies are often used to help prepare patients for addiction treatment. Many individuals are often introduced to different, holistic approaches for treatment during detox, including art therapy, meditation, and yoga. These programs can help individuals experiencing intense psychological symptoms to learn to control them better or to find an outlet for their feelings. Detox for Desoxyn usually lasts about 90 days, and in most cases, due to the drug’s mostly psychological withdrawal symptoms, inpatient care is necessary.

Patients need to begin addiction treatment once detox has ended. Most people who become dependent on Desoxyn were abusers of the drug and will, therefore, require rehab treatment after their detox has ended. This is because detox itself only treats dependence, not addiction.

Many people need long-term care, especially for a drug as potent as Desoxyn. The program you choose should depend on your needs as an individual as well as certain variables such as whether or not inpatient or outpatient care is a better fit for you, what treatment options you are looking for, and whether or not any specific options (like spiritual detox or rehab) sound appealing to you.