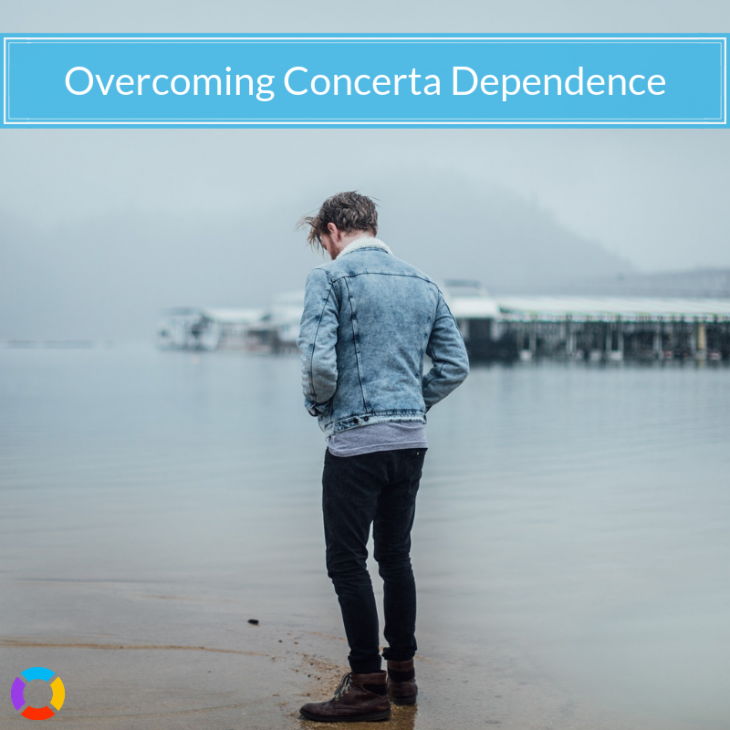 Concerta is the brand name for the drug methylphenidate. This medication is a prescription stimulant often used to treat ADHD in adults, teens, and children. While the medication can be helpful for those who are struggling with serious symptoms, many people misuse their prescriptions to experience a euphoric high while others take Concerta to try and perform better in school without a prescription. All forms of misuse of this drug are types of substance abuse. When a person uses Concerta for a long period of time—whether responsibly or not—dependence can set in. This causes the individual to experience a number of side effects, specifically withdrawal symptoms that will occur if they suddenly stop using the drug. Concerta withdrawal can be dangerous, even life-threatening in some instances, which is why professional Concerta detox treatment is always necessary for those who become dependent.

Concerta can be used to treat both ADHD and narcolepsy, as stated by the National Library of Medicine. Because of Concerta’s addictive nature, it is often only used as a final option for those who are struggling with symptoms that are otherwise difficult to treat.

Many people use Concerta exactly as prescribed and do not experience addiction. However, this is one of the most highly abused drugs on the market because of its numerous side effects.

Unfortunately, every version of Concerta abuse is dangerous and can lead to addiction. Anyone taking the drug in a way other than prescribed or without a prescription puts themselves at risk of these serious effects.

Concerta abusers can also become dependent on the drug after taking it for a prolonged amount of time, usually about three weeks or so. However, this can also occur with someone who has been taking a stimulant exactly as prescribed for the same amount of time. Dependence can be defined by an inability to function normally without the drug as well as by the experience of withdrawal when the individual suddenly stops using the drug.

Withdrawal occurs when a person who is dependent on Concerta stops taking it, either because they can no longer get access to it or they choose to stop using. The National Institute on Drug Abuse states this can happen when a person has a substance use disorder from abusing the drug or when a person merely becomes dependent as a result of their prescribed use of the drug.

People who become dependent on and suddenly stop taking Concerta will experience withdrawal symptoms. These can be severe in some cases, and in the case of stimulant withdrawal, life-threatening symptoms can even occur.

Signs and Symptoms of Concerta Withdrawal

Unfortunately, Concerta causes mostly psychological withdrawal symptoms, so it can be difficult to pinpoint whether or not someone you know is going through this process. However, you can look for changes in the individual’s behavior as well as certain physical symptoms if you want to be able to recognize the syndrome in someone else. If you think you might be going through Concerta withdrawal, you can also look for these symptoms in your own thoughts, behaviors, and feelings.

The common symptoms of Concerta withdrawal include

The last of these effects will only occur if the individual was abusing the drug, and looking for this symptom may help you determine if someone you care about has been misusing their medication. People who crave Concerta will think about it all the time and will become extremely upset when they are unable to use it.

Under certain circumstances, Concerta withdrawal can lead to a syndrome called toxic psychosis. This causes the individual to experience intense psychological and behavioral effects not unlike those associated with schizophrenia. They can include

These effects do not occur in every user, but it is difficult to predict whether or not they will happen. As such, the best thing you can do if you think you or someone you love is likely to undergo Concerta withdrawal is to find a safe, effective detox program that offers medically assisted withdrawal treatment in a controlled environment.

Cravings, depression, and irritability can continue for months after the main withdrawal syndrome has ended. Concerta and other stimulants often cause long-term post-acute withdrawal symptoms, and in order to cope, you will need to attend a detox program that will provide you with the skills to deal with these long-term issues.

Concerta withdrawal can, in fact, be dangerous. Many people don’t realize how severe symptoms can be, especially because they are mostly psychological in nature. However, a person could be a real danger to themselves and others if they go through toxic psychosis during withdrawal. In rare cases, some individuals also experience seizures during the first 24 hours of withdrawal.

Depression is another potential complication. It isn’t uncommon for a person to experience suicidal thoughts during Concerta withdrawal. Some individuals even need to be placed on antidepressants. Finally, relapse is always a serious concern during this process, as many people overdose because they do not realize that withdrawal has minimized their tolerance. According to the Primary Care Companion to the Journal of Clinical Psychology, Concerta overdose can cause

As such, it is important to avoid going through Concerta withdrawal without proper treatment. Many people who try to wind up relapsing and/or need to be rushed to the hospital.

Am I Dependent on Concerta?

If you have been taking Concerta regularly for more than a few weeks, you are dependent on the drug. This can occur even if you are not abusing it, although those who do abuse the drug are often more likely to experience severe withdrawal effects.

Should I Go through Concerta Withdrawal at Home?

You should never try to go through withdrawal without the proper treatment. Concerta withdrawal can cause dangerous side effects, especially if you have been abusing it. You may be able to seek outpatient care if you have friends and family members who can monitor you during your withdrawal, but if not, you could choose inpatient treatment. This is also a better option if you suffer from high psychiatric severity or do not have a safe home environment in which to detox.

Concerta detox does involve the use of pharmacological options in most instances, even though there are no officially approved medications to treat this disorder. Antidepressants are sometimes prescribed to treat severe depression in detoxing individuals. Antipsychotics may also be used for those experiencing toxic psychosis, and anti-craving agents are also beneficial options for those with severe addictions.

Most detox centers also offer drug counseling as part of a well-rounded approach to medically assisted withdrawal. These programs can help make it easier for an individual to cope with their withdrawal symptoms and make the transition into rehab more streamlined. Detox usually lasts somewhere between 30 and 90 days for individuals undergoing Concerta withdrawal, although certain symptoms may linger past this point.

In detox, patients are focused on putting an end to their dependence on a drug. Afterward, those who are addicted to Concerta and/or other drugs must seek rehab. Without this treatment, it is impossible to safely navigate recovery, as detox is only a treatment for dependence, not addiction.

Some individuals need long-term rehab, especially because certain withdrawal symptoms can linger for a long time and because cravings for stimulant drugs can resurface with little to no warning. Depending on your needs, you may choose to attend several different treatment programs over the course of your life or participate in aftercare programs like 12-step groups or sober living homes.