Drug detox can be one of the most uncomfortable stages in the recovery process. After experiencing so many withdrawal episodes, most every addict gets of taste of what detox will be like. This bit of foreknowledge accounts for why it’s so difficult for a person to stop using. Drug detox symptoms can take on any number of forms depending on:

These factors pretty much determine the timeline for drug detox symptoms.

Contact us now for help finding drug detox treatment centers near you!

Symptoms experienced during withdrawal result from the brain chemical imbalances that form from prolonged drug use. Opiates, stimulants, sedatives and hallucinogens all stimulate different areas of the brain in different ways. According to the NYU Langone Health, these differences bring on different types of withdrawal symptoms that inevitably surface during detox.

A person’s individual physiological make-up can affect how severe withdrawal effects will be as well as how long withdrawal periods will last. 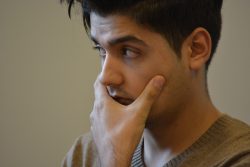 While drug detox symptoms can be both physical and psychological in nature, the acute stage of withdrawal entails mostly physical symptoms. Symptoms experienced may include:

The ongoing dread of withdrawal while using plays a big role in keeping so many addicts from getting needed help. Acute withdrawal marks the first stage of detox treatment.

The term “acute” refers to the severity or intensity of symptoms, which develop in full force during the first stage of withdrawal. Depending on the type of drug involved, acute withdrawal drug detox symptoms can last anywhere from one to three weeks. On average, the longer a person has used drugs the longer the withdrawal period.

Post acute withdrawal can last anywhere from two weeks to six months depending on a person’s drug history. Symptoms most often experienced include:

During this time, recovering addicts may experience fluctuations in mood and temperament from minute to minute or hour to hour.

For people coming off severe, long-term addictions, this stage can turn into what’s known as protracted withdrawal. Protracted withdrawal becomes a stage unto itself with the above symptoms lasting for as long as one to two years.