6 Reasons You Need to Detox from Heroin Immediately

Opioids including heroin killed more than 53,000 Americans in 2016, and are projected to kill another 500,000 Americans within the next 10 years. Heroin use is quickly on its way to becoming its own major health epidemic, especially now that painkiller users are turning to heroin for its low cost, ease of accessibility, and higher potency.

Heroin is one of the most addictive drugs in the world and can offer dangerous consequences if you decide to quit using this drug on your own. Heroin withdrawal can be extremely painful, and difficult to get through without facing complications that can lead to a relapse, overdose, and death. At the same time, continued heroin use offers the same deadly risks.

The safest and most effective way to detox from heroin is to get help at a professional treatment center. A heroin drug detox gives you access to medications that relieve your withdrawal symptoms, and to the medical staff that monitors your progress and reduce the risk for complications. On top of helping you overcome heroin dependence, a heroin drug detox helps you become healthier both physically and mentally — allowing you to move forward with living a more comfortable, rewarding lifestyle.

Are you addicted to heroin and thinking about getting clean? Here are six reasons you should detox from heroin immediately.

1. Your Health is at Serious Risk

Heroin has serious effects on both your physical and psychological health. Sometimes it can be difficult to assess the full damages of heroin to your health when you’re coping with addiction and constantly under the influence. Heroin is an opioid that works just like prescription painkillers, but on a much more powerful scale given its potency and varying chemical makeup.

People normally use heroin to benefit from its short-term effects, which include euphoria, pain relief, and sedation. But using heroin repeatedly and regularly causes your body to adapt to and fight against the presence of the drug, which causes several adverse side effects.

Side effects of heroin use:

Over time, these side effects can cascade into a series of more serious long-term health problems. For instance, dry mouth increases the risk for gum disease and tooth loss, while slow heart rate, also known as bradycardia, can lead to heart failure and cardiac arrest. Itchy skin can lead to red, open sores that won’t heal on behalf of slowed heart rate and poor circulation, while vomiting can lead to problems with dehydration and constipation.

Other serious health problems caused by long-term heroin use:

Though the health problems brought on by heroin use may be serious and life-threatening, you can improve and reverse many of these conditions with a heroin drug detox. The sooner your body becomes clean, the sooner it can start repairing itself and recovering from the effects of heroin.

2. You Could Overdose at Any Time

The risk for a heroin overdose is even higher when using the drug with other substances like cocaine, alcohol, and benzodiazepines. A recent study found that people who combine heroin with cocaine — known as “speedballing” — suffer a fatality rate that is 14 times higher than that of the general population. The stimulant effects of cocaine make people feel less drowsy when using heroin and trick them into thinking they’re not as high as they really are. This puts users at a heightened risk for a deadly overdose since they may use higher doses to achieve greater euphoria.

Like heroin, alcohol, and benzodiazepines are also central nervous system depressants that slow down brain and body function. Combining heroin with either of these substances can lead to more severe respiratory depression, loss of motor function, and loss of consciousness that can cause coma or death. The FDA recently released a statement warning consumers about the overdose dangers associated with combining opioids and benzodiazepines.

Getting a detox from heroin can significantly lower your risk for an overdose — especially if you also use benzodiazepines to treat insomnia or anxiety, or drink alcohol from time to time. Detoxing from heroin at a treatment center also lowers your risk for a relapse. The average relapse rate for substance use disorders is between 40% and 60%, but studies show that heroin detox treatments using methadone reduces the relapse rate to less than 33%. 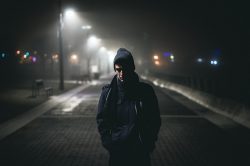 Heroin addiction is expensive and often leads to job loss.

Heroin may be lower in cost than most prescription painkillers, but heroin addiction is still costly and can put a serious strain on your bank account. In addition to having to spend money on heroin, heroin users can accrue bills related to legal fines and medical expenses, and may even lose income due to job loss.

The cost of heroin addiction can range anywhere from $150 to $200 per day, which equates to roughly $72,000 per year on the higher end just for drug costs alone. A heroin overdose that requires a trip to the hospital emergency room can cost nearly $5,000 for an ambulance ride and medical care. Depending on which state you live in, legal fees for being caught possessing or distributing heroin can cost up to hundreds of thousands of dollars before lawyer’s fees.

Fortunately, the cost of a heroin drug detox is significantly cheaper than an entire month’s worth of heroin. For instance, a detox from heroin using methadone maintenance therapy costs an average of $4,700 for the uninsured and can help you stop using heroin safely and comfortably without suffering withdrawal symptoms. If you do have health insurance, the cost of heroin detox may be free or lower in cost if you have a qualifying health plan.

4. Heroin is More Risky and Unpredictable Than Ever

Since heroin is unregulated and sold on the streets, there’s no guarantee that the batch of heroin you’re using at any given time is free of chemicals and ingredients that can instantly trigger an overdose. The DEA reports that heroin is increasingly being mixed or cut with potent synthetic opioids like U-47700, fentanyl, and carfentanil that are thousands of times stronger than heroin.

Many of these synthetic opioids are illegally manufactured overseas in China and being sent to the U.S., where dealers are mixing these drugs with heroin to save money and offer their customers more powerful highs. Fentanyl and other synthetic opioids caused more than 20,000 overdose deaths in 2016 — a 540% increase from just three years earlier in 2013.

A recent CDC analysis found that fentanyl was involved in more than 56% of drug overdose deaths that occurred between July and December 2016 in 10 states located in the Midwest and Northeastern parts of the U.S. The Trump Administration is currently working with Chinese officials to block fentanyl shipments from entering the U.S. China has also banned several ingredients used to make fentanyl in an effort to help the U.S. lower its rate of nationwide fentanyl overdoses.

There’s no doubt that heroin withdrawal can be excruciating and painful, which is partly why many users stay caught up in the cycle of addiction, or relapse shortly after quitting. Many assume that a heroin drug detox involves withdrawing from the drug in a sterile room where patients are forced to suffer long bouts of nausea, vomiting, drug cravings, and other unwanted symptoms. But this picture is far from the truth, and no longer applicable thanks to modern medicine.

Heroin detox treatments are now safer and much more comfortable than in the past, and often involve the use of medications that completely eliminate withdrawal symptoms. Methadone, buprenorphine, and naltrexone are the names of medications commonly used to assist heroin patients through withdrawal. These medications can be prescribed in an inpatient or outpatient setting under a medical detox protocol or medication-assisted treatment — also known as MAT.

Methadone is one of the oldest treatments for heroin addiction and binds to the same receptors in the brain as heroin without producing a tolerance. People who take methadone often experience full relief from withdrawal symptoms, and can go about their daily lives doing normal tasks without the risk of sedation, drowsiness, or other impairment. Methadone is only given to patients under direct medical supervision at an inpatient or outpatient detox center to lower the risk for abuse.

Buprenorphine works similarly to methadone, but produces a ceiling effect that allows patients to stop treatment without experiencing withdrawal. Tapering is always recommended for patients on buprenorphine, but many can often quit their medication abruptly with no severe adverse side effects. Naltrexone is often used to block the effects of opioids — meaning a person who uses naltrexone and tries using heroin will not experience any euphoric effects of the drug. However, naltrexone does not eliminate drug cravings and is usually only recommended for use in patients with a high motivation to detox from heroin and become sober.

Methadone, buprenorphine, and naltrexone are often used in medical detox treatments and MAT. A medical detox allows you to recover in a safe medical environment surrounded by nurses and doctors who monitor your progress around the clock to make sure you’re comfortable and face a low risk for complications. MAT can be performed in an inpatient or outpatient setting, and can last for several weeks or months, or however long it takes you to completely detox from heroin.

6. Heroin Addiction Can Be Quickly Treated

The heroin detox timeline varies for each person based on the detox protocol they choose, and on factors such as health status, the doses of heroin being used, and the lifespan of the heroin addiction. For instance, a rapid detox from heroin usually takes between two and four days, a medical detox from heroin lasts an average of 10 days, and MAT can last for up to one year. But an important fact to keep in mind is that all of these treatments can be made pain-free and comfortable for every patient.

Heroin has a short half-life — meaning the drug’s effects can wear off in as little as six hours after the last dose. Within the first 24 hours of quitting heroin, you may experience mild withdrawal symptoms such as sweating, runny eyes and nose, insomnia, and muscle aches. Symptoms progress and often peak between days three and five, when patients may experience nausea, vomiting, diarrhea, and mental symptoms of anxiety and depression. Heroin withdrawal symptoms usually start going away and reduce in severity after the fifth day, and gradually dissipate through the 10th day.

If you are struggling with heroin addiction, understand that getting help right now gives you the best chance to become healthier and drug-free, and avoid a deadly relapse and overdose. Call our 24/7 confidential helpline at 800-483-2193(Who Answers?) to speak with an addiction counselor about available heroin treatments. We’ll discuss all your options for a heroin drug detox, and help you find the nearest heroin detox center ready to help you achieve improved health and lifelong sobriety.