How is the DEA 360 Strategy Combating the Opioid Crisis?

Painkillers and heroin were linked to over 53,000 drug overdose deaths in 2016 — more than 20,000 of which were caused by deadly synthetic opioids like fentanyl. Opioid overdoses now kill more people in the U.S. than breast cancer every year, and are expected to kill more than 500,000 Americans by the year 2025. The nationwide opioid crisis is in full swing, but the DEA 360 Strategy aims to raise opioid awareness in local communities, and target drug traffickers, drug manufacturers, doctors, and other parties contributing to the epidemic.

Opioid addiction can affect anyone — including those without a history of drug abuse. Painkiller and heroin abuse are affecting people of all ages in your neighborhood and local community, even though it may not seem likely. The DEA 360 strategy intends to empower and educate communities, and raise opioid awareness so your neighbors, friends, and loved ones can stay safe, and avoid becoming the next overdose victims in America’s ongoing drug crisis.

Here’s an in-depth look at what the DEA 360 Strategy is all about, and how it can help America fight its opioid crisis.

The DEA describes its 360 strategy as an innovative, comprehensive three-pronged approach to combating heroin and opioid use through law enforcement, diversion control, and community outreach. The initiative aims to reduce rates of violence and addiction driven by violent gangs and drug cartels, and to tackle ongoing problems related to painkiller and heroin abuse across U.S. cities and communities being hit hardest by the epidemic.

Here’s a breakdown of how the DEA 360 Strategy works.

The DEA is working with law enforcement agencies across the U.S. to target and stop the most significant drug trafficking threats plaguing communities. Some regions and communities struggle more with opioid abuse than others, such as Appalachia, where poverty rates are higher along with the risk for addiction on behalf of environmental risk factors. The DEA is working closely with law enforcement in these areas to develop unique strategies for curbing illegal opioid activity, such as doling out enhanced penalties for drug dealers linked to deadly opioid overdoses.

As part of its law enforcement approach, the DEA 360 Strategy uses an initiative called Project Rolling Thunder — an investigative technique that identifies and targets violent gangs and other parties linked to drug cartels and opioid traffickers. Project Rolling Thunder helps law enforcement disband all levels of criminal networks putting heroin and illicit painkillers on the streets.

An estimated 80% of Americans who use heroin first used painkillers before turning to heroin.

The Diversion Control portion of the DEA 360 Strategy is aimed at preventing the non-medical use of painkillers by working with registrants to improve prescribing practices, and prevent pills from falling into the hands of those without valid prescriptions. Registrants include businesses that import, export, manufacture, and distribute painkillers, doctors and healthcare professionals who dispense, administer, and prescribe painkillers, and pharmacies that fill opioid prescriptions.

At present, there are 1.6 million registrants in the U.S. involved in the manufacturing, selling, prescribing, and dispensing of painkillers and other controlled prescription drugs. Diversion Control is responsible for educating and training registrants that may be prescribing and distributing painkillers in harmful ways that drive the opioid crisis. The initiative is also actively working to identify and pursue doctors and other registrants using unlawful practices lending to high opioid overdose rates.

Diversion Control also facilitates drug take-back events that encourage patients to dispose of unused, leftover painkillers being stored in medicine cabinets at home. Drug take-back events are often hosted by police stations, fire stations, and pharmacies, and offer patients a safe way to dispose of leftover medications without putting children, friends, and family members at risk for opioid addiction and overdose. The DEA usually hosts National Prescription Drug Take-Back Day in most U.S. cities twice every year at the end of April, and at the end of October.

When drug trafficking operations are shut down by the DEA across local communities, the Community Outreach component of the DEA 360 offers opioid awareness and education to help these communities avoid recurring drug problems. The Community Outreach initiative targets children, teens, and young adults, and the parents, caregivers, and educators responsible for teaching them about the risks and dangers of opioid use. These groups are targeted with aggressive public messages about opioid awareness through radio, television, mass media, and social media outlets like Facebook and Twitter.

Community Outreach under the DEA 360 Strategy also helps local communities create grassroots movements surrounding opioid awareness — campaigns aimed at motivating and empowering citizens to improve their neighborhoods after having been affected by opioid use. Grassroots movements allow law enforcement, political officials, healthcare organizations, and other agencies to ally with local community members and stir a buzz surrounding public health and safety as they relate to opioid use.

How is the DEA 360 Strategy Combating the Opioid Crisis? 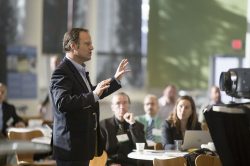 Educating the public about opioid abuse is a major component of the DEA 360 strategy.

The most effective way to treat drug addiction in its entirety is to identify and treat the root cause of the addiction. For instance, a person who started abusing alcohol to cope with stress can overcome addiction by learning of healthier stress-management techniques such as exercise, yoga, and deep breathing. The DEA 360 Strategy uses a similar approach to combat the opioid crisis by addressing the root causes that triggered the epidemic in the first place.

Here’s how the DEA 360 Strategy is helping resolve the U.S. opioid crisis.

Putting a stop to all drug trafficking prevents dangerous potent drugs like heroin, fentanyl, and carfentanil from entering the country, circulating U.S. streets, and causing deadly overdoses. The majority of heroin trafficked into the U.S. takes place at the Southwest border, where heroin seizures more than doubled from 2010 to 2015. In 2017, U.S. Customs and Border Patrol seized 5,760 pounds of heroin — more than a 10-fold increase from the 575 pounds seized in 2013.

Heroin represents over 14% of all drug trafficking offenses in the U.S., while oxycodone represents almost 3% of drug trafficking offenses. From 2011 to 2016, the number of people in the U.S. sentenced for crimes linked to heroin trafficking increased by nearly 50%. Fentanyl emerged in recent years as one of the deadliest opioids circulating U.S. streets, and was linked to an estimated 38% of all opioid overdose deaths in 2016.

The DEA 360 aims to greatly reduce these numbers by targeting drug traffickers and dealers specifically, while urging users to stop using, and seek addiction treatment.

Contact Detox.com now to find opioid detox centers near you!

Educating the youth and general public about opioids and the way they can cause addiction and overdose can help Americans make smarter decisions when it comes to opioid use. For instance, many assume that opioids are safe for anyone to use since they’re regulated and prescribed by doctors, but using opioids illicitly without your own prescription can lead to problems with tolerance and dependence. Raising opioid awareness can help reduce community opioid use, and keep citizens safe from addiction.

Raising opioid awareness in the form of drug take-back events also helps Americans grasp the importance of disposing leftover painkillers. Many times, doctors end up prescribing too many opioids to their patients, who end up with leftover pills they store in medicine cabinets where they can be easily accessed by children, family members, and visitors. A recent survey shows that 50.5% of people who misuse painkillers obtain them for free from friends and relatives who end up with leftover pills. But drug take-back events can lower this statistic by allowing people with leftover opioids to safely dispose of their pills without putting loved ones at risk.

Environment is a leading risk factor for addiction — especially among children and teens exposed to drugs and alcohol at home, at school, and in the neighborhood. Kids and teens are often easily influenced by environmental risk factors, and can quickly develop problems with opioid dependence and addiction when painkillers and heroin are readily available. But the Community Outreach initiative of the DEA 360 helps repair communities that have been strongly affected by the opioid crisis so local neighborhoods can benefit from lower drug use rates, lower crime rates, and a healthier, drug-free environment.

Considering the major role environment plays in the onset of addiction, removing drug trafficking criminals from certain neighborhoods and communities can have a lasting positive impact on families and citizens. Youth will no longer have easy access to dangerous drugs like heroin and fentanyl, and will no longer be exposed to drug deals taking place on streets near their homes.

The DEA 360 promotes community support by eliminating local violent gangs and drug dealers, and establishing ties with community coalitions such as Boys and Girls Clubs of America and the Partnership for Drug-Free Kids. These and other national partners have local reach in just about every U.S. city, and offer programs aimed at teaching American youth about the importance of leading a healthy, drug-free lifestyle.

The DEA launched its first 360 Strategy in Pittsburgh in November 2015, and continues to roll out the program in U.S. cities that face high rates of drug overdoses, drug trafficking, and other problems related to opioid use. In 2018, the DEA is launching two new 360 Strategy programs in South Jersey and Salt Lake City.

South Jersey suffers higher rates of opioid overdose deaths and opioid-related crime than in most other parts of the state — especially the city of Camden, which is located on the Delaware River where regional ports allow for heavy drug trafficking.

The DEA 360 Strategy will focus on reducing rates of opioid abuse in the counties of Mercer, Ocean, Burlington, Camden, Atlantic, Gloucester, Salem, Cumberland, and Cape May.

Utah is now ranked 4th in the U.S. for having the highest rate of opioid overdose deaths, but ranked 7th for nationwide opioid deaths in previous years from 2013 to 2015. The number of heroin overdose deaths in Utah increased by over 26% from 2015 to 2016, with state officials attributing the uptick in local heroin use to stricter regulations surrounding the prescribing of painkillers. In May 2016, Utah signed the Opiate Overdose Response Act into law to reduce the number of overdoses and expand access to naloxone — an opioid overdose antidote drug that blocks the effects of opioids to reverse an overdose.

The Salt Lake City pilot program will focus on each of the three elements of the DEA 360 Strategy, with emphasis on Diversion Control where doctors and prescribers are educated about improved painkiller prescribing practices. The number of prescriptions dispensed for oxycodone increased by almost 23% from 2011 to 2015, while fentanyl prescriptions increased by 13.5%. In 2015, prescription oxycodone was linked to 55% of all painkiller deaths in Utah.

If you or someone you love is addicted to opioids, call now to discuss recovery options with a caring treatment specialist.

How to Get Help for Opiate Addiction

If you or a loved one is struggling with opioid addiction, understand that the U.S. is taking steps right this very moment to reduce the impact these deadly drugs are having on communities and families. Many states have increased their access to opioid addiction treatments so you or your loved one can safely overcome opioid dependence, and become healthier and addiction-free.

Drug detox centers help you safely withdraw from heroin and painkillers under close medical supervision to reduce your risk for relapse and other complications. Many treatment centers now help patients overcome opioid dependence using medication-assisted treatment, or MAT — which substitutes the drug of abuse with medications that relieve or eliminate your opioid withdrawal symptoms. Look for drug detox centers that offer a medical detox or MAT for opioid addiction, which can help put you or your loved one on a healthy path to sobriety.

Use our detox center directory to find treatment centers in your city and state, or call our 24/7 confidential helpline at 800-483-2193(Who Answers?) to discuss your treatment options with an addiction counselor.