After Heroin Detox: A Most Dangerous Period

Opiate addiction, a present-day epidemic in the U.S., has destroyed countless lives with new users trying out the drug with each passing day. According to the National Institute on Drug Abuse, the year 2011 saw an estimated 4.2 million Americans reporting having used heroin at least once in their lifetime. Of this number, 23 percent of those who try heroin become hooked on the drug. More often than not, people who become addicted to heroin require some form of professional treatment help to overcome the drug’s effects. As with any other form of drug addiction, heroin detox becomes a necessary first step in the recovery process. While there’s no getting around this critical first step, people face an incredibly high risk of relapse after heroin detox when no further drug treatment help is sought. This risk of relapse comes with grave consequences, which make ongoing treatment all the more essential to a safe, successful recovery.

Need help finding aftercare options that fit your needs? Call 800-483-2193(Who Answers?) toll-free to speak with a treatment specialist.

As one of the most powerfully addictive opiates in existence, heroin addictions can develop quickly. Opiates, as a group, slow down chemical activities throughout the brain and central nervous system, which accounts for their pain-relieving effects.

Over time, these interactions have a range of harmful effects:

These effects all work together to drive continued drug use, leaving addicts powerless and unable to control their drug-using behaviors.

As a general rule, the more powerful the drug, the faster brain tolerance levels rise with continued drug use. Consequently, the brain quickly develops a tolerance for heroin’s effects.

According to the Connecticut Department of Public Health, brain tolerance levels increase as the brain adapts to the drug’s effects. As the brain adapts, higher dosage amounts must be taken in order to experience the desired effects of the drug.

After months or years of chronic heroin abuse, addicts reach a point where they’re consuming massive amounts of the drug on a daily basis. Tolerance level effects account for much of the danger addicts face after completing heroin detox treatment.

Contact Detox.com now to find heroin recovery programs near you!

The Need for Ongoing Treatment 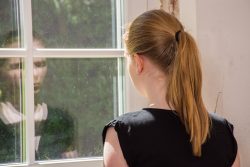 Without ongoing treatment there is a high risk for heroin relapse.

By the time a person successfully completes heroin detox treatment, the brain’s tolerance for the drug has dropped considerably. The medical care provided during the heroin detox stage promotes healing, allowing brain chemical functions to return to normal.

It’s not uncommon for someone who’s completed heroin detox to feel like a new person, ready to take on the world. This state of mind may well lead a person to believe he or she can maintain abstinence from heroin on his or her own, which is an incredibly dangerous state of mind to be in at this critical point in the recovery process.

With the physical dependence broken, addicts should start to work through the “addiction” aspect of the drug problem. While this is a good thing overall, this stage of recovery leaves a person completely vulnerable to the dangerous effects of the drug should a relapse episode occur.

The Psychological Aftereffects of Heroin Addiction

During the course of heroin use, the effects of the drug on brain reward system functions produce patterns of thinking and emotion-based responses that linger long after heroin detox ends. In effect, the cognitive centers of the brain learn to associate certain environmental cues with heroin use. In turn, addicts leaving heroin detox remain sensitive to these cues, which act as triggers that turn “on” the addiction mindset.

When this happens, a person starts to crave heroin’s effects. While drug cravings may seem like a function of the body’s physical dependence, it’s actually triggered by the brain’s psychological dependence on the drug. In effect, the first week after a person completes heroin detox comes with incredibly strong cravings for the drug.

According to the journal of Addiction Science & Clinical Practice, research studies have shown that people with a history of opiate abuse are more vulnerable to stress compared to people in the general population. Both physical and psychological-type stressors pose a threat to a person’s attempts at ongoing abstinence.

Opiates, in general, raise the body’s cortisol levels, a hormone that’s released whenever a person feels stressed. The release of cortisol increases activity within the brain’s reward system. This chain reaction sets off the addiction cycle to where recovering addicts become hypersensitive to environmental cues, which only works to strengthen one’s cravings for heroin.

Relapse Potential and Its Effects

Considering the state of mind recovering addicts have upon completing heroin detox, the potential for relapse runs especially high throughout the first few weeks of recovery. While relapse episodes remain an expected part of the recovery process with all types of addiction, relapsing after heroin detox can be deadly.

More often than not, a relapse episode entails a person ingesting the same dosage amount he or she used prior to entering treatment. With the brain’s tolerance levels running considerably lower, this large a dose can easily shut down major bodily systems, most notably the body’s respiratory system.

According to the journal of Substance Abuse: Research and Treatment, the years 2004 to 2008 saw an 111 percent increase in opiate overdose rates. More than a few of these cases involved overdoses that occurred after heroin detox treatment.

Behavioral-based treatment encompasses a range of interventions that work to replace the addiction mindset with one that supports drug-free living. Interventions used include:

Without this line of treatment, the addiction mindset can resurface at any time leaving addicts helpless to manage overwhelming urges to resume drug use. Ultimately, addicts who complete heroin detox enter into a game of Russian Roulette when neglecting to continue on in drug treatment.

Find the best heroin addiction treatment in your area by calling us at 800-483-2193(Who Answers?) today!