The last time the U.S. faced a heroin epidemic was the 1970s when the drug quickly spread through inner city areas and communities. Today’s heroin epidemic has taken a new, more inclusive paths made up of people from all walks of life, according to the U. S. News & World Report online site. Of particular concern are the large numbers of heroin overdose deaths, and heroin-related arrests within the country’s rural and suburban areas.

Call Detox.com now to find heroin treatment centers near you!

From Pain Pills to Heroin 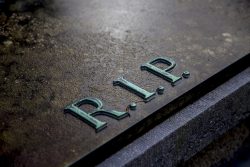 There has been an increase in heroin overdoses and heroin abuse nationwide. Treatment can aid in recovery and prevent overdose deaths!

Many people may be surprised to hear about the similarities that exist between prescription pain relief medications and heroin. Both types of drugs belong to the opiate narcotic class of drugs. Opiate drugs in general are well known for their ability to produce feelings of calm, euphoria and well-being.

In an effort to curb prescription pain pill abuse, federal and state drug regulators have made it more difficult for users to access these drugs. Prescription drug prices have also become more expensive in the process.

At the same time, heroin distribution methods have become more efficient and widespread throughout the United States. These improvements have greatly lowered the price of heroin on the streets. Seemingly, a perfect storm, prescription pain pill users have taken advantage of the heroin market and, as a result, are paying a higher price than ever before.

As of 2012, heroin overdose deaths have increased by 45 percent between the years 2006 and 2010, according to the Substance Abuse & Mental Health Services Administration. As the statistics unfold, it’s becoming painfully apparent how heroin addictions have picked up where prescription medication addictions left off.

Insurance companies often have certain requirement in place, which prevent addicts from receiving needed levels of treatment. For instance, some insurers require addicts to have attempted treatment through outpatient programs before authorizing coverage for detox/inpatient care. These types of requirements don’t usually apply for low-income addicts or those with little to no means. In effect, the areas experiencing the greatest increase in heroin use are encountering the most stringent of insurance requirements.

We can help you find heroin detox and addiction treatment centers; call 800-483-2193(Who Answers?) today!