Boosting U.S. Employment Rates May Not Reduce Rates of Opioid Use

A new study suggests that boosting employment rates in economically depressed parts of the U.S. may not help curb rates of opioid use to improve the opioid epidemic. In the past, research suggested that high unemployment rates are tied to higher rates of opioid prescriptions per capita, but new data reveals high opioid use rates are mainly being driven by factors surrounding prescribing practices. This latest evidence has been published on the website for the National Bureau of Economic Research.

Why Would High Unemployment Rates Drive Opioid Use? 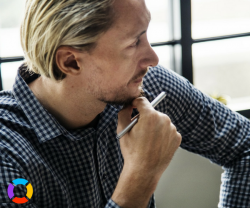 In recent years, many have theorized that a poor economy drives opioid use on behalf of factors such as stress and depression. People who lose their jobs or who have difficulty finding employment may use opioids to cope with these negative feelings, or to completely mask and escape symptoms. Researchers have also theorized that those who become addicted to opioids are often more likely to leave their jobs and contribute to unemployment rates, since opioid use and addiction can lead to suffered job performance and a higher number of sick days.

However, researchers at Princeton University found no definitive link between higher rates of employment and lower rates of opioid use. For their research, lead study author Janet Currie and team looked at records for opioid prescriptions filled at U.S. pharmacies between 2006 and 2014, along with employment data from the U.S. Census Bureau for the same time period. They learned that opioid use is being driven more by variations in the way doctors prescribe opioids from region to region.

Though the study doesn’t reveal why some regions have higher opioid prescribing rates, the research reveals there is no causal relationship between high rates of opioid use and high rates of unemployment. Currie says that since many opioid users remain in the workforce, new treatment options should be made available to help these individuals retain their jobs without facing the risk for addiction and overdose. Currie adds that the majority of Americans dying from opioid overdoses initially became addicted to legally prescribed opioids before moving on to heroin, fentanyl, and other illicit opioids.

In addition to unemployment, other common factors that drive opioid addiction are family problems, peer pressure, and environment. Mental health disorders are also strongly linked to opioid abuse, with data showing that those with mental health disorders are often twice as likely to suffer from opioid addiction than their counterparts. People who suffer symptoms of anxiety, depression, and stress may use opioids to hide from their symptoms and avoid negative feelings — a practice commonly known as self-medicating.

Opioid addiction is also largely driven by long-term painkiller use. Painkillers are used to treat short-term pain such as that caused by injury or surgery, but long-term use of painkillers can lead to dependence and addiction, which in turn, can eventually lead to heroin abuse when painkillers become too difficult to obtain. Roughly 80% of heroin users report having used prescription painkillers first before switching to heroin.

Getting Help for Opioid Addiction When Unemployed

Opioid addiction can be dangerous, and make you more susceptible to a high risk for overdose and death. Abusing painkillers and heroin may seem like an easy way to escape feelings of stress, anxiety, and depression, but long-term use of these drugs can lead to addiction, and worsen your problems with mental illness and your overall well-being.

If you do happen to be unemployed and are struggling with opioid addiction, understand that getting help now can allow you to clear your head and achieve improved health so you can get back on track with finding employment. If you’re avoiding treatment on behalf of low or no income, understand that many treatment centers will work with you to find a payment solution. Free and low-cost treatment may be available to qualifying individuals on behalf of sliding scale fees, government and private funding, scholarships, and more.

Call our 24/7 confidential helpline at 800-483-2193(Who Answers?) if you are unemployed and need help finding treatment. Our experienced drug abuse counselors will discuss all your treatment options and help you find an affordable nearby drug detox center so you can become healthier, happier, and addiction-free.