The CDC released an in-depth analysis of drug overdose data for 2016 confirming that overdoses are mainly being driven by fentanyl, and spreading geographically across the U.S. The analysis reveals which states have the highest numbers of overdose deaths, and breaks down opioid use patterns across all demographics. Drug overdoses killed 63,632 people in the U.S. in 2016, with nearly two-thirds of those deaths involving opioids. 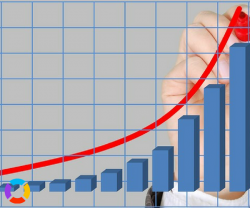 What is Illicitly Manufactured Fentanyl, and Why Is It Causing Overdoses?

Illicitly manufactured fentanyl — also known as IMF, synthetic fentanyl, or fentanyl analogues — is fentanyl created in labs using a range of dangerous chemicals and substances. IMF is meant to mimic the effects of prescription fentanyl used to treat severe pain, but is up to 50 times stronger than heroin and far more deadly. Most batches of IMF come from China, and are strong enough to cause a deadly overdose even in drug users with high tolerance levels.

An increasing number of reports from across the U.S. reveal IMF is being mixed into counterfeit painkiller pills and heroin, and non-opioid drugs including benzodiazepines, cocaine, and meth. The CDC says IMF is most likely contributing to increases in overdose deaths involving these other substances.

Dr. Robert Glatter from Lenox Hill Hospital in New York City who was not involved in the CDC study says a new drug trend involving Gray Death is contributing to the rise of overdose deaths involving IMF. Gray Death contains a mixture of deadly opioids including heroin, IMF, carfentanil, and U-47700, and comes in the form of powder or chunky rocks that resemble concrete. Drug users are turning to Gray Death to achieve a more powerful high, and because the drug costs less than half the amount of counterfeit painkillers like oxycodone and hydrocodone.

Steps to Take When a Loved One is Addicted to Opioids

Opioid addiction remains a serious ongoing problem in the U.S., and continues driving deadly drug overdoses across the country. If you, a friend, or a loved one is struggling with opioid addiction, the best thing you can do is get professional help to prevent you and those closest to you from suffering an overdose.

Opioid addiction can be safely treated at a drug or opioid detox center that offers a medical detox or medication-assisted treatment. Drug detox centers are staffed with experienced doctors, nurses, and therapists who understand how opioids affect the brain and body to cause addiction, and who are familiar with common struggles faced by those who suffer from addiction. Drug detox centers are devoted to helping people recover from opioid addiction while facing the lowest possible risk for relapse, complications, and discomfort caused by opioid withdrawal.

Call our 24/7 confidential helpline at 800-483-2193(Who Answers?) immediately to speak to an addiction counselor about nearby drug detox centers that treat opioid addiction. Detox.com will perform a free insurance verification check, and help you find treatment so you or your loved one can safely and successfully overcome opioid addiction, and avoid the risk for an overdose.