George Simpson, the head of Massachusetts’ Pioneer Valley Performing Arts Public Charter School, was fired on February 26, 2018 after being arrested on drug charges. The school is located in South Hadley and has around 400 students ranging from grades 7 to 12.

When asked about the firing, school board president Melinda Winter stated that the drug charges were only one of the reasons why Simpson was fired, although she did not explain what any of the other reasons were. In a statement, she said, “It was in the best interest of our community to terminate our relationship with Mr. Simpson.”

Simpson was stopped by Reading police officers in late January under the accusation of driving erratically. When his car was searched, he was found to be in possession of both methamphetamine and heroin. Simpson has pled not guilty, and he and his lawyers have not commented on the school board’s decision. 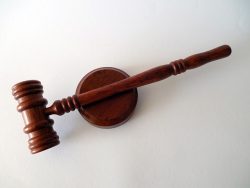 Heroin is a dangerous, illicit opioid, and its use has caused problems for many individuals, especially those in Massachusetts. According to the Center for Substance Abuse Research, the drug is extremely potent and can sometimes even cause addiction as a result of its first use. More and more people are starting to abuse heroin, partially because it is cheaper than prescription opioids, which have become a serious threat to the health of United States citizens.

You can recognize heroin abuse by these signs and symptoms:

Someone who is on heroin will also experience an intense effect of “going on the nod” where they will alternate between sleep and wakefulness for several hours, not quite being mentally present for most of it.

Because heroin and other opioids have become such a severe crisis in the U.S., many people are sadly overlooking the problem of meth abuse in our country, which is still severe. Though the drug was not considered a significant threat in Massachusetts in 2001, as stated by the National Drug Intelligence Center, its abuse has now spread considerably in the state, causing many overdose deaths as well as other serious side effects.

You can recognize meth abuse by these signs and symptoms:

People who take the drug may also use it for extremely long periods of time, attempting to stay high for a week straight and sometimes longer. This behavior is known as tweaking and can be recognized by the individual’s quick eye movements, strange, quivering voice, and jerky bodily movements.

Addiction Can Be Treated; Call for Help Today.

We want to help you put an end to your substance abuse. Call 800-483-2193(Who Answers?) to find out about detox and rehab centers in your area.