Medical marijuana is now legal in 29 states for use in treating medical conditions including cancer, seizures, and HIV. But the state of Connecticut recently proposed to its Board of Physicians that opioid withdrawal be added to the list of medical conditions that can be treated using marijuana. Studies suggest that medical marijuana may be effective at reducing rates of opioid use, and may even be effective at reducing symptoms of opioid withdrawal. 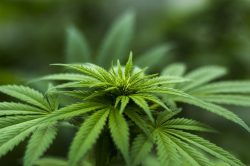 A 2014 JAMA study reveals that states with medical marijuana programs have 25% fewer opioid overdose deaths than states without legalized marijuana. Another study suggests that medical marijuana even helps reduce the number of painkillers patients need to manage chronic pain. Though very little scientific evidence exists to show how marijuana can help treat addiction, marijuana users who suffer from opioid addiction say the drug helps relieve withdrawal symptoms like nausea, shaking, and insomnia, and also helps reduce pain that the opioids were prescribed for in the first place.

In addition to proposing that its Board of Physicians approve medical marijuana for opioid addiction treatment, Connecticut has requested that the drug also be used to treat albinism, progressive degenerative disc disease of the spine, osteogenesis imperfecta, and an eye condition called nystagmus. Connecticut continues waiting for an answer from its Board of Physicians regarding approval of using medical marijuana for opioid addiction.

While some data shows that medical marijuana can reduce the rate of opioid-related deaths and may even treat opioid withdrawal, more scientific evidence is needed before marijuana can become an approved, widely used treatment for addiction. On the federal level, marijuana is still an illicit substance, and defined a Schedule I drug with a high potential for abuse. People who use marijuana regularly remain at risk for addiction, even if they’re no longer using opioids.

Marijuana may help reduce pain and treat some opioid withdrawal symptoms, but people who struggle with opioid addiction also need therapy to overcome addiction psychologically. Therapy can help opioid patients identify and overcome triggers, and teach them the skills they need to manage cravings and avoid future relapses. Without therapy, opioid addiction patients face high rates of relapse and overdose due to the way these drugs alter brain chemistry and behavior.

Medical marijuana may be one way to treat some symptoms of opioid withdrawal, but many drug detox centers use FDA-approved medications that can treat and eliminate ALL opioid withdrawal symptoms — including muscle aches, nausea, and diarrhea. This drug detox method is known as medication-assisted treatment, and uses methadone, buprenorphine, and naltrexone to help reduce opioid cravings and provide relief from withdrawal. Medication-assisted treatment is available at many inpatient and outpatient drug detox centers, and can be tailored specifically for you or a loved one who needs help fighting opioid addiction.

If you need help going through opioid withdrawal and overcoming addiction, call our 24/7 confidential helpline at 800-483-2193(Who Answers?) to speak with a drug abuse counselor about your options. We’ll help you find the nearest drug detox center ready to help you achieve a healthier, sober lifestyle.