The DEA has placed all illicit fentanyl analogues into Schedule I of the Controlled Substances Act in an effort to reduce the nation’s rate of overdose deaths, which topped 64,000 in 2016. All fentanyls will remain in Schedule I for two years, with a possible one-year extension. The DEA hopes the emergency scheduling will reduce the amount of fentanyl entering the country, and slow the rate of overdoses linked to these deadly and potent synthetic substances. 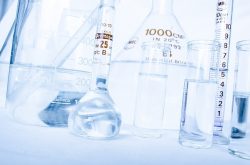 Before the emergency scheduling of all fentanyls, there were only 17 fentanyl substances on Schedule I — all of which had been added to the CSA between 2015 and 2017. However, this allowed illicit manufacturers to create new synthetic versions of fentanyl using chemicals and substances not already listed on the CSA. For instance, chemists could recreate new types of fentanyl using substances not listed on the schedule, and traffick these drugs into the U.S. as non-controlled substances to avoid seizure and penalties.

The new emergency scheduling will include all fentanyl analogues along with their various isomers, esters, ethers, and salts — making it difficult and nearly impossible for manufacturers to create new chemical fentanyls and distribute these drugs without facing penalties. The majority of illicit fentanyl analogues are up to 50 times stronger than heroin, and can instantly trigger an overdose even in those with high opioid tolerance levels.

How Will the Emergency Scheduling Help the Opioid Crisis?

Fentanyl is increasingly being mixed with illicit street drugs like heroin, cocaine, and methamphetamine, and is sometimes used as an ingredient in counterfeit prescription drugs similar to oxycodone and hydrocodone. Many times, users of these drugs are unaware their drugs are being laced, mixed, or cut with fentanyl, and are suffering unintentional overdoses. Synthetic fentanyl alone was linked to more than 20,000 overdose deaths in 2016.

With the emergency scheduling of all fentanyls, traffickers will face a higher number of challenges smuggling these drugs into the U.S. — meaning there could soon be less fentanyl accessible across the U.S. Placing all fentanyls into Schedule I could also result in fewer overdose deaths caused by fentanyl, since many dealers will no longer have access to the drug and consumers will no longer be able to order the drug from black market dealers on the Internet. Opioids caused more than 53,000 overdose deaths in 2016, and are projected to cause a higher amount of deaths in future years unless drugs like fentanyl become more difficult to obtain.

What to Do if You’re Addicted to Heroin and Opioids

If you are struggling with heroin or opioid addiction, understand that getting help now could prevent you from suffering an unintentional and deadly fentanyl overdose. Heroin and painkiller addiction can be extremely difficult and dangerous to overcome on your own, but drug detox centers use medications that help you withdraw from these substances without suffering painful, severe withdrawal symptoms.

Drug detox treatments for heroin and opioids can be conducted in an inpatient or outpatient setting using methadone, buprenorphine, and/or naltrexone — all of which help you withdraw from opioids safely and gradually with a lowered risk for drug cravings, adverse side effects, and relapse. These drugs are often administered as part of medical detox, or in the form of medication-assisted treatment combined with therapy to help you stay sober for life.

Don’t continue suffering from opioid addiction on your own without getting help — call our 24/7 confidential helpline at 800-483-2193(Who Answers?) to learn more about your treatment options. We’ll perform a free insurance verification check, and help you find the nearest drug detox center ready to help you achieve a healthier, addiction-free lifestyle.