The DEA announced during a recent press conference that the agency will be opening a new field office in Louisville, Kentucky to combat the ongoing opioid crisis. The new office will address high painkiller prescribing rates in Tennessee, Kentucky, and West Virginia — three states that have been struggling most severely with the opioid crisis for the last several years. 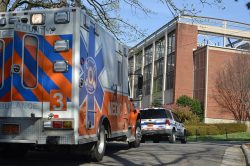 Opioid overdoses are a growing problem in the south.

The DEA says its new field office will allow the agency to work more closely with prosecutors and federal partners who can help reduce the number of painkiller prescriptions written out to residents in these three states. This announcement comes on the heels of a number of investigations revealing that a large number of illicit painkillers are being distributed by pharmacists and drug manufacturers in these states, and not by drug dealers on the streets.

During the press conference, U.S. Attorney General Jeff Sessions said many involved in the distribution of illicit painkillers this past summer were pharmacists, doctors, and other healthcare professionals. Sessions also mentioned that his office will allocate $7 million toward funding an anti-heroin task force, and that going forward, every U.S. attorney will have a designated professional in place to oversee all opioid cases.

Painkiller Prescribing Rates in the South

Getting Help for Painkiller Addiction

Painkiller addiction can be deadly, and is causing a high number of overdose deaths across the entire country. In an effort to curb the epidemic, drug detox centers are turning to a widely accepted form of opioid addiction treatment called medication-assisted treatment, or MAT. MAT combines medications with therapy, and helps those with opioid use disorders safely and comfortably overcome painkiller addiction by eliminating drug cravings and withdrawal symptoms.

If you or someone you love is struggling with painkiller addiction and needs help becoming sober, call our 24/7 confidential helpline at 800-483-2193(Who Answers?). Our caring drug abuse counselors will discuss all your available treatment options for painkiller dependence, and help you find nearby drug detox centers ready to guide you toward an addiction-free lifestyle.