Fentanyl analogues will soon be classified as Schedule I drugs, according to officials from the Department of Justice and DEA. Fentanyl caused more than 20,000 overdose deaths in 2016 — most of which were caused by illicit fentanyl analogues similar in structure to medical fentanyl. This move comes on the heels of President Trump’s declaration of the opioid epidemic as a public health emergency, and rising fentanyl overdose rates.

What is Fentanyl, and What Are Fentanyl Analogues?

Fentanyl is an opioid drug between 50 and 100 times more powerful than morphine. Fentanyl is a Schedule II drug, and commonly prescribed in the U.S. to treat severe pain. But the DEA says the U.S. opioid epidemic is being fueled in part by the growing prevalence of illicit fentanyl analogues being imported from China and other countries.

Fentanyl analogues are synthetic, and made with a variety of chemicals and substances that are highly potent and deadly, and that can lead to an overdose after just one use. Since illicit fentanyl is impure, these substances are often lower in cost than medical fentanyl. Heroin and cocaine dealers are starting to mix and cut their supplies with fentanyl analogues to offer their customers a more euphoric high, and to save on drug costs.

How Will Banning Illicit Fentanyl Improve the Opioid Epidemic? 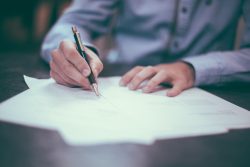 Classifying fentanyl analogues as Schedule I drugs will make them more difficult to obtain.

To avoid U.S. prosecution, fentanyl manufacturers from overseas create variants of the drug by changing its molecular structure. The chemical structure of illicit fentanyl analogues vary greatly from that of pure fentanyl, but are much more potent and deadly, and linked to a higher number of deaths than medical fentanyl. Defining these analogues as Schedule I drugs would allow the DEA to prosecute anyone who possesses, imports, distributes, or manufactures these dangerous substances.

Fentanyl analogues will be classified as Schedule I drugs 30 days after the DEA publishes its official notice. This scheduling will last up to two years, and may be extended for one year upon its expiration.

Fentanyl-related deaths in the U.S. more than doubled from 2015 to 2016, and continue to rise. While defining fentanyl analogues as Schedule I drugs can make it more difficult for Americans to obtain illicit fentanyl, this move alone won’t help those who are already addicted to fentanyl.

Fentanyl dependence is commonly treated using a medical drug detox, or medication-assisted treatment. With a medical detox, fentanyl patients can withdraw from the drug under the care of nurses and doctors who monitor symptoms and can lower the risk for complications. Medical detox treatments from fentanyl are often conducted at inpatient detox centers so patients can benefit from 24/7 medical care and support.

Medication-assisted treatment, or MAT for fentanyl dependence involves the use of prescription drugs that relieve fentanyl cravings and withdrawal symptoms. A fentanyl patient who decides to undergo MAT can take drugs like methadone, buprenorphine, or Suboxone to detox from fentanyl without suffering unpleasant symptoms. MAT is proven one of the safest, most effective treatments for fentanyl dependence, and is tied to lower relapse rates.

If you or someone you love needs help recovering from fentanyl addiction, call our 24/7 confidential helpline at 800-483-2193(Who Answers?). Our caring addiction counselors will discuss all your treatment options and help you find a nearby drug detox center ready to help you overcome fentanyl and opioid dependence.