Researchers are Looking for Ways to Prevent Opioid Deaths

The U.S. opioid crisis caused more than 53,000 overdose deaths in 2016, and over 33,000 deaths in 2015. Researchers from Harvard Medical School examined opioid-driven hospitalizations between the years 1993 and 2014 to find data and trends that could help curb the epidemic. They found that hospital deaths caused by opioids increased four-fold from 0.43 percent in 2000 to 2.02 percent in 2014.

The study authors say it’s possible that the hospital opioid death toll increased because many Americans who suffer from low-severity opioid overdoses are now being treated at the community level, and do not always require hospitalization. But those who do end up in hospitals from opioid-related conditions usually suffer from high-severity overdoses, and face the risk of coma or death.

Researchers also found that the majority of patients admitted to hospitals for opioid overdoses during those years were between the ages of 50 and 64, had Caucasian ethnicity, lived in low-income areas, and had Medicare and disabilities. 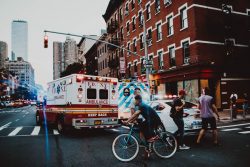 Street access to opioid drugs is a major contributor to the increase in overdose fatalities.

The number of opioid overdose deaths in the U.S. have quadrupled from 1999 to 2015, along with the amount of prescription painkillers sold to hospitals, pharmacies, and physicians. Up until recently, many Americans could easily obtain opioid prescriptions from their doctors, and have their prescriptions refilled at any time. Today, doctors are urged to adhere to revised opioid prescribing guidelines aimed at reducing nationwide overdose and addiction rates.

Additionally, many illicit opioids have become easier to obtain on the streets and from the Internet on behalf of the growing demand of accessible, low-cost opioids. Heroin and synthetic fentanyl analogues are now stronger than ever, and being mixed or cut with other deadly drugs and chemicals that can instantly trigger an overdose or death. The Harvard researchers point out that heroin and fentanyl are major driving factors behind the uptick of opioid-driven deaths in hospitals.

Opioid overdoses can be reversed with a medication called naloxone, which blocks the effects of opioids. While naloxone is commonly used by first responders and families of opioid users across the U.S., this medication doesn’t always work on people who have used large amounts of heroin and fentanyl. Opioid addiction treatment is one of the safest, most effective solutions for preventing an overdose, and overcoming physical opioid dependence.

Opioid addiction is commonly treated at drug detox centers using medication-assisted treatment, or MAT. MAT involves the use of medications that relieve opioid cravings and withdrawal symptoms so patients do not have suffer or experience physical discomfort when quitting opioids. MAT also involves the use of therapies like cognitive-behavioral therapy, 12-step support groups, and relapse prevention education aimed at helping patients overcome psychological addiction and stay sober for life.

If you think that you or someone you love is at risk for suffering an opioid overdose or poisoning, call our 24/7 confidential helpline immediately at 800-483-2193(Who Answers?). Our addiction counselors will discuss all your opioid treatment options, and help you find the nearest opioid detox center ready to help you achieve sobriety and improved health.