Kratom has been linked to 44 deaths in the U.S., and is now being declared an opioid by the FDA after tests revealed the botanical substance affects the body in ways similar to opioids. Many Americans have been using kratom as a remedy for opioid withdrawal, but now the agency is warning the public that kratom is not FDA-approved and has no medicinal purposes, and may lead to problems with seizures, respiratory depression, and addiction.

Why is Kratom Being Declared an Opioid Drug? 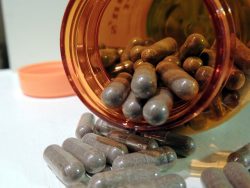 According to the FDA’s latest press release, scientists at the agency recently analyzed 25 compounds in kratom using a methodology called Public Health Assessment via Structural Evaluation, or PHASE. The tool uses 3-D computer technology to determine how certain compounds in drugs like kratom work and behave inside the body.

During their research, scientists learned that kratom binds strongly to mu-opioid receptors just like other opioids, and affects cardiovascular and neurologic function to increase the risk for seizures, respiratory depression, and death. Previously, kratom was thought to work similarly to opioids without causing respiratory depression.

Based on scientific evidence from the PHASE tool, the FDA has officially declared kratom an opioid due to the way this substance affects the body and brain. Until kratom is added to the DEA’s drug schedule, the FDA continues to urge consumers against using kratom for any reason.

Kratom Use and the Rising Death Count

Last November, the FDA announced that kratom was linked to 36 deaths across the U.S. But the kratom death toll has since risen to 44, based on data compiled from poison control centers, medical examiner reports, and academic research institutions. Kratom has even been shown to cause death in people who have no previous history of opioid use. Reports show that when combined with illicit drugs, prescription painkillers, and over-the-counter medicines like anti-diarrhea drug loperamide, kratom has effects on the brain that can lead to respiratory depression and death.

In recent years, Americans have been using kratom to relieve opioid withdrawal symptoms, or as an opioid replacement drug since kratom is said to produce euphoria without dangerous side effects. But scientific evidence shows that kratom is a high-risk substance with unpredictable effects including addiction and death.

The FDA is urging individuals who use kratom as a treatment for opioid addiction to seek professional help from addiction treatment centers. Opioid addiction can be safely and effectively treated using FDA-approved medications methadone, buprenorphine, and naltrexone — all of which are proven to reduce withdrawal symptoms, as well as the risk for relapse. Using kratom as an opioid treatment is dangerous and risky, and may lead to worsened problems with opioid dependence and addiction.

Opioid addiction is commonly treated using drug detox and therapy. Look for detox centers that treat opioid dependence using a medical detox or medication-assisted treatment, since these detox methods use medications to eliminate your withdrawal symptoms. Also, choose among detox centers that offer therapies like support groups and cognitive-behavioral therapy — both of which teach you vital skills for staying sober and avoiding triggers that can lead to relapse.

If you need help overcoming opioid addiction, call our 24/7 confidential helpline at 800-483-2193(Who Answers?) to learn more about nearby detox centers and available treatments. We’ll perform a free insurance verification check, and provide you with all the resources you need to become healthier, happier, and addiction-free.