Fentanyl seizures in the U.S. have increased dramatically within the past three years, according to a new report released by the Department of Homeland Security. In 2013, U.S. Customs and Border Patrol seized only two pounds of this deadly synthetic opioid; for fiscal year 2017, CBP reported seizing 1,485 pounds of fentanyl. The uptick in fentanyl seizures reflects the increase in fentanyl overdose deaths in recent years, and is contributing to a worsening opioid epidemic.

In 2013 CBP seized 575 pounds of heroin — a number that rose substantially to 5,760 pounds in 2017. While the amount of heroin seized far exceeds that of fentanyl, officials are more concerned about fentanyl given the drug is up to 50 times stronger than heroin. Fentanyl is also often significantly cheaper than heroin, as the DEA reports that one kilogram of heroin costs around $90,000, while the same amount of fentanyl costs between $3,500 and $7,000.

In its announcement, the DHS stated that the majority of illicit fentanyl is entering the country at the Southwest border, and through international mail and express consignment carrier services. China is currently the biggest producer of illicit fentanyl, and markets this substance as a designer drug that can be purchased on the Internet from children, teens, and anyone else without a prescription.

Why is Fentanyl Use in the U.S. Becoming More Widespread? 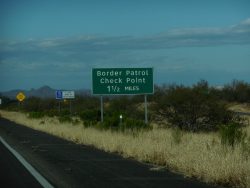 Fentanyl use rates across the U.S. are growing in tandem with the opioid epidemic. Since fentanyl is stronger and cheaper than heroin and prescription opioids, people who struggle with opioid use disorders often turn to fentanyl when painkillers and heroin become too costly or difficult to obtain. A person who runs out of painkillers and heroin can easily go online and purchase synthetic fentanyl illicitly from manufacturers overseas.

Unfortunately, fentanyl is extremely dangerous, and can trigger an overdose after just one use. Synthetic fentanyl analogues often contain a wide range of chemicals that vary from one batch to the next — many of which are not intended for human ingestion. Fentanyl caused more than 20,000 overdose deaths in 2016 — a death toll projected to rise even higher by the end of 2017.

How to Stay Safe from Fentanyl

Fentanyl is commonly prescribed in the U.S. to treat severe pain. But now that the opioid has been tied to a higher number of overdose deaths, doctors across America are changing their prescribing methods in an effort to lower addiction and overdose rates caused by fentanyl.

Here are ways to keep you and your family safe from fentanyl, and avoid an overdose:

If you or someone you love is struggling with opioid addiction, call our 24/7 confidential helpline at 800-483-2193(Who Answers?). Our caring, experienced drug abuse counselors will discuss all your treatment options, and help you find a drug detox center that can guide you through overcoming opioid addiction.