Every year since 2014, Georgia’s Attorney General’s office has extended a contest to the state’s high school students to create a video or radio segment encouraging awareness for the issues of addiction and substance abuse. It’s currently that time of year again, but the AG’s office is partnering with another program this year: Kennesaw State’s Center for Young Adult Addiction and Recovery.

CYAAR and the AG’s office are asking students to submit a 30-second video that shows the extent of the effects prescription drug abuse and addiction, specifically opioid drugs. But CYAAR’s involvement isn’t the only big change this year. In addition, students in college and graduate school will now be able to participate, as well as high school students who have always participated. The two organizations thought this would be a great way to get more students involved and to help students of all ages understand the severity of addiction and prescription drug misuse.

Why Is Drug Addiction Education So Important? 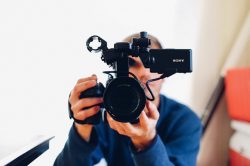 Educating both students and adults on the seriousness of drug abuse is important for many reasons, most notably because it could help a person avoid addiction. Those who understand more about the dangers and pitfalls associated with drug use will be less likely to experience them, which is safer and more effective in the long run. After all, it’s always better to prevent a problem than to solve it.

Making sure students and adults are educated about addiction also makes the job of those who hope to prevent these issues easier, as people will educate one another when they are armed with more knowledge. Giving students an incentive to learn about addiction will not only help them but could allow them to help others later on. In addition, their videos will also educate others from a perspective other than those provided by treatment centers like CYAAR or government bodies like the AG’s office.

Prescription drug use and abuse is thriving in Georgia. In the specific case of opioid abuse, Georgia ranks 11th nationally in terms of the most prescription opioid overdoses (GeorgiaGov). 29 Georgia counties also have a higher overdose rate than the United States in general. According to the National Institute on Drug Abuse, alprazolam is also highly abused in the Atlanta area, along with other prescription drugs in the benzodiazepine category.

Get Help Today for Your Substance Use Disorder

Whether you or someone else in your life is struggling with addiction, remember that help is possible. You can call 800-483-2193(Who Answers?) today to speak with a treatment advisor and begin your recovery from addiction by seeking local detox and rehab centers.