Heart Infection Rates are Rising Due to Intravenous Heroin Use

In recent years, opioid abuse has been linked to higher rates of addiction and overdose. But new research suggests that the rate of serious heart infections is also on the rise due to the nationwide drug epidemic. Researchers at the Charleston Area Medical Center in West Virginia found that admissions for endocarditis related to drug abuse more than doubled between 2008 and 2015 in tandem with opioid use.

What is Endocarditis, and How Is it Caused by Heroin Use? 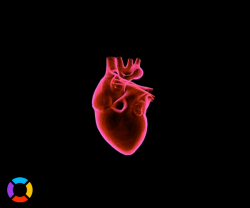 Endocarditis is inflammation and infection of the heart’s inner lining and valves. Endocarditis is generally caused by bacteria and fungi that travel through the bloodstream and attach to the heart, and characterized by flu-like symptoms, fatigue, chest pain, and shortness of breath. When left untreated, endocarditis can lead to stroke, seizure, paralysis, kidney damage, and death.

One of the top causes of endocarditis is intravenous use of illegal drugs like heroin. People who inject heroin using contaminated needles and syringes can spread harmful bacteria to their hearts and increase the risk for endocarditis.

Researchers who led the study at Charleston Area Medical Center found that 66 people were admitted to the hospital in 2015 for endocarditis related to drug abuse — more than a 153% increase from the 26 cases of endocarditis related to drug abuse in 2008. Lead researcher Dr. Mark Bates says these patients typically spend between weeks and months in the hospital and are usually uninsured — putting tremendous strain on hospital resources. Bates adds that many of the patients in the study started abusing prescription opioids before switching to heroin, which triggered the onset of endocarditis.

Other Serious Health Risks Linked to Heroin Use

Aside from endocarditis, the risks of intravenous heroin use include scarred or collapsed veins, abscesses, and other soft-tissue infections. Needle-sharing also increases the risk for hepatitis, HIV, and other life-threatening blood-borne infections. Some batches of heroin even contain additives and substances that aren’t safe for human use, and that can clog blood vessels that lead to the brain and other major organs.

Mental health disorders, addiction, and overdose are other serious health risks linked to heroin use. Heroin can change brain chemistry in ways that make people more susceptible to anxiety, depression, and other mood disorders, and can lead to physical dependence and addiction in those who use the drug regularly.

All heroin users face a significant risk for heroin overdose, since an increasing number of reports suggest that heroin is being mixed with deadly substances like fentanyl and carfentanil. The rate of heroin-related overdose deaths in the U.S. increased by 19.5% from 2015 to 2016 — an increase many researchers are attributing to the rise in fentanyl use. Drug dealers who sell heroin commonly mix their supplies with cheaper synthetic substitutes like fentanyl that are potent enough to trigger an overdose after just one use.

Where to Find Help for Opioid Abuse

Many states recently increased access to opioid addiction treatment to help Americans fight opioid abuse and lower their risk for a deadly overdose. Opioid abuse can be safely treated at a professional addiction treatment center that offers detoxification and therapy. An opiate detox can help you safely withdraw from heroin and other opioids, while therapy treats the behavioral and cognitive components of your opioid addiction.

Use our drug detox center directory to locate opioid addiction treatment centers near you, or call our 24/7 confidential helpline at 800-483-2193(Who Answers?) to discuss treatments with an addiction counselor. Detox.com will answer all your questions about opioid treatment and help you find the nearest detox center ready to guide you toward sobriety and a healthier, addiction-free lifestyle.