Scientists have published the first-ever study examining the drug use outcomes of using ibogaine as an opioid detox treatment. Ibogaine is a psychedelic plant substance native to West Africa, and is used in other parts of the world to help people overcome opioid dependence and addiction. Though ibogaine is an illegal Schedule I drug in the U.S., this latest study shows the drug may be safe and effective when used in an opioid addiction treatment setting. 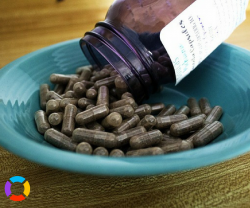 The ibogaine study, which was published in the latest issue of the American Journal of Drug and Alcohol Abuse, involved 30 patients who had all been diagnosed with opioid use disorder. All patients had been struggling with opioid addiction for between three and five years, and had already tried overcoming addiction an average of two to three times using methadone and/or buprenorphine, or with therapy at a residential drug rehab center.

Why is Ibogaine Illegal if This Treatment is Effective?

Prior to this study, there were no published prospective studies of drug use outcomes with ibogaine. Ibogaine is a hallucinogen, and induces intense, emotional hallucinations in those who use the drug. The drug was banned by the FDA and classified a Schedule I drug during the late 1960s, after the World Health Assembly classified ibogaine a substance likely to endanger human health.

Ibogaine is illegal in most other countries except New Zealand, where ibogaine has been available with a prescription since 2009. The prohibition of ibogaine around the world has slowed scientific research surrounding its uses for treating opioid addiction. But now that the U.S. is suffering from a deadly opioid epidemic killing hundreds of Americans daily, scientists are once again studying the drug in an effort to help people become sober and lower their risk for an overdose.

In recent years, Americans intent on overcoming opioid addiction using ibogaine have been traveling to Mexico to gain access to this psychedelic drug. Patients treated with ibogaine have reported that the drug is effective at relieving drug cravings and withdrawal symptoms, and even helps them recover from psychological addiction. Ibogaine could soon be available in the U.S. if results from future clinical trials continue to back the drug’s safety and efficacy for use in treating opioid addiction.

Though ibogaine is not an available treatment in the U.S. due to its DEA classification, other evidence-based treatments for opioid use disorder can help curb cravings and withdrawal symptoms, and offer patients a safe recovery. Methadone, buprenorphine, and naltrexone are all FDA-approved medications used for treating opioid use disorder. These drugs are commonly used as part of an opioid medical detox in a residential treatment setting, or as part of medication-assisted treatment in an outpatient setting.

Opioid use disorder can be treated in full using detox and therapy. Opioid detox treatments using methadone, buprenorphine, and naltrexone help patients overcome physical dependence on opioids, while therapy helps patients overcome psychological addiction to opioids. Both treatments are available at many drug detox centers in the U.S. — including in your city and state.

Use our drug detox center directory to explore treatment centers near you, or call our 24/7 confidential helpline at 800-483-2193(Who Answers?) to discuss your treatment options when a drug abuse counselor. We’ll answer all your questions, and help you find a drug detox center ready to help you or a loved one fully recover from opioid addiction.