Lawmakers Limit Access to Prescriptions for Opioid Drugs Via Medicaid

Florida lawmakers are making moves to try and minimize the issues involved in the state’s opioid addiction crisis. Through the Agency for Health Care Administration, the state government is making considerable changes to the way opioid drugs—and opioid addiction treatments—can be obtained through Medicaid.

Per one of these changes, which went into effect on February 26th 2018, Florida Medicaid programs will no longer allow patients to fill prescriptions for narcotics for longer than seven days at a time. Those who require more of the drug will need to receive another prescription from their doctors in order to have it paid for by Medicaid.

In addition, the agency has also stated that it will no longer be necessary for Florida residents on Medicaid to have prior authorization in order to receive medication-assisted treatments for opioid addiction. These include shots of the drug Vivitrol, which is a monthly injection people often receive after going through withdrawal. Vivitrol helps curb cravings and does not cause euphoria because it is an opioid antagonist.

The Danger of Opioid Use 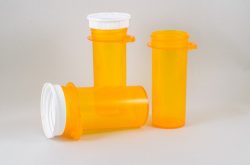 Opioids have been used for many years to treat pain, but unfortunately, many individuals have been taking these drugs for far too long. Opioids block the pain receptors in the brain, but they cannot actually minimize pain, only mask it (National Institute of Health). As a result, people who take them for long periods of time often end up having a much lower tolerance for pain than before.

Also, those who take opioids for more than 7 days have an increased chance of addiction. This is an issue we are only just beginning to understand, as it was believed for many years that taking opioids as doctors prescribed them was safe and only when these drugs were abused would addiction occur. Now we understand that opioids cause dependence and tolerance even when taken in doctor-prescribed doses, and when this happens, the chance for abuse becomes much higher. This is one reason why the Florida Agency for Health Care Administration has made these changes to Medicaid in the state.

Vivitrol can be an extremely beneficial option for those who have withdrawn from opioids but still need help avoiding relapse. This drug is injected once a month, which minimizes the chances that a patient will not comply with its use, and it reduces cravings for opioids. In addition, if it mixes with prescription or street narcotics, it will cause uncomfortable and even dangerous symptoms, so this is another deterrent for recovering individuals (National Library of Medicine).

Not everyone needs to detox and go straight on Vivitrol, however. Some individuals would be safer being maintained on buprenorphine or methadone, two medications that minimize withdrawal symptoms by blocking the opioid receptors. After all, recovery isn’t one-size-fits-all, and every person deserves to be able to go through the process in the way that is best for them.

Call 800-483-2193(Who Answers?) now to speak to a treatment advisor, and we will gladly help you find safe, effective detox and rehab programs near you.