Dwayne Howlette, a man from Springfield, Massachusetts, is currently facing charges of a road rage shooting and of drug possession and intent to distribute, among others. Howlette was driving down East Main Street in Chicopee, Massachusetts when he shot at another car. Police gave chase and followed Howlette all the way to Holyoke where he was arrested. 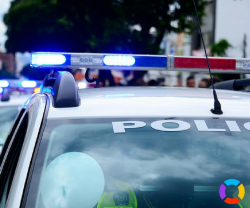 Police searched Howlette’s car on April 2, 2018, which had been impounded after his shooting arrest, and found over 400 bags of heroin and 9 bags of marijuana, as well as several thousand dollars in cash and multiple cell phones.

Howlette’s other charges include failing to stop for a police officer and for a red light, speeding, disturbance while carrying a dangerous weapon and assault with a dangerous weapon, reckless operation of a vehicle, possession of a firearm without a license, discharging a firearm within 500 feet of a dwelling, and possession of ammunition without FID.

How Can I Recognize a Heroin Overdose?

According to the National Library of Medicine, heroin is a dangerous illegal drug that is extremely addictive. The drug can cause intense side effects, and often, overdose. Unfortunately, more and more people are abusing heroin because they began misusing prescription opioids, which led to addiction and tolerance. When they could no longer experience the same effects of the drug they once did, they moved on to heroin, which has an increased danger of overdose.

Because of the high level of heroin abuse in our country today, it is important to be able to recognize a heroin overdose—and to know what to do.

More and more people are coming to recognize the dangers of heroin overdose and heroin abuse in general. With the help of treatment, you or someone you love can put an end to their heroin misuse and start to recover safely, often beginning with heroin detox and moving on to rehab.

If you are looking for recovery help, look no further. We are available all day and night to take your call and to help you put an end to your drug abuse. Just call 800-483-2193(Who Answers?) today.