Massachusetts, in addition to New Hampshire and West Virginia, have each received a portion of a federal grant for $1 million in order to fund treatment and recovery programs for those affected by the opioid addiction crisis. The money can also be used to train and arm first responders with the drug naloxone, which can reverse an opioid overdose. Massachusetts, and each of the other two states, will receive $333,000 of the money, which is coming from the U.S. Substance Abuse and Mental Health Services Administration. 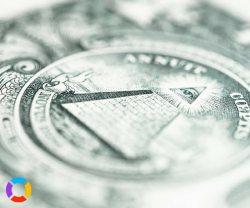 Governor Charlie Baker announced that these funds would be coming in shortly as he made a visit to a substance abuse treatment center in South Boston on Friday, March 30, 2018. He also mentioned his new bill, which is currently with state lawmakers, and how it could potentially help more people affected by the opioid crisis, as it is focused on creating a specific set of guidelines for recovery coaches and it will offer Massachusetts residents more access to addiction treatment programs.

Recognizing an Opioid Overdose (and How to Help)

The funding could also go so far as to help train more citizens to use naloxone, and this is an essential function toward putting an end to the opioid crisis in Massachusetts and the rest of the country. Naloxone, according to the National Library of Medicine, works to reverse the effects of an opioid overdose because it blocks the opiate receptors in the brain, severing the connection between the abused opioid drug and the receptors.

Getting Treatment for Opioid Addiction

Don’t wait until you or someone you love goes through an experience as traumatic as an overdose. Call 800-483-2193(Who Answers?) to find detox and rehab centers near you, and get the help you need.