Medical Examiner at the Center of an Opioid Ring

Burton was also a consulting pathologist who worked on a number of criminal cases, providing his testimony in order to determine what the medical causes were behind a number of cases. Nearly fifty other individuals are being charged as participating in the same opioid ring, which will lead to state charges.

Though Burton did not see patients on a regular basis, nor did he have a practice that dealt with individuals who required opioid-based drug treatment, he was said to have issued over 1,100 prescriptions for more than 108,000 doses of drugs like hydrocodone, methadone, and oxycodone. Often, these pills were sold to people who did not require opioid drugs for medical reasons.

The Increase in Opioid Prescriptions 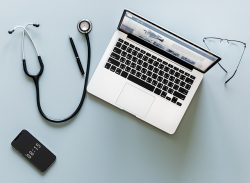 According to the Centers for Disease Control and Prevention, the number of prescription opioid sales quadrupled in the United States between 1999 and 2014. This increase was partially due to the misunderstanding that opioid drugs were safe as long as they were prescribed by a doctor, a misleading belief for which many are blaming the pharmaceutical companies. Sadly, there are also a number of doctors who prescribe these drugs without need.

Doctors sometimes prescribe opioids to people who do not use them or need them. This has led to the eventuality of many households in America having opioids in the medicine cabinet or other places where they could eventually be found by those to whom they weren’t even prescribed. Often, this is how teens are able to find and abuse opioid drugs.

In 2012, Georgia had one of the highest numbers of opioid prescriptions per 100 people. Their prescription rate was between 82.2 and 95 with only 13 states falling under the higher category of 96 to 143.

Opioid drugs always have some element of danger to their use, even if they are prescribed by a doctor. As such, it is important to be very careful with these medications if you are ever prescribed them.

Those who take opioids for more than a few weeks will often become dependent on them, a problem that can easily lead to abuse if not handled properly.

Call 800-483-2193(Who Answers?) to speak with a treatment advisor. We can help you find local detox and rehab centers where you can get help for addiction.