Two Georgia men have been indicted on drug trafficking charges of distributing at least 500 grams of methamphetamine between the months of February and March of 2018. The indictment occurred on March 7, 2018. The two men are Michael Montoya-Austria from Atlanta, Georgia and Sergio Ortiz from Doraville, Georgia. Both men were indicted for selling in Jefferson County, Alabama.

The U.S. Attorney Jay Town was the top prosecutor on the case. The large quantities on methamphetamine sold and distributed by these men make the case fairly noteworthy. Montoya-Austria and Ortiz are 26 and 31 years old, respectively. 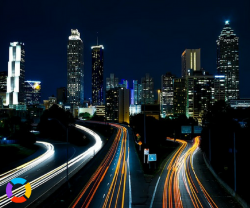 Like with the opioid crisis, Georgia is facing a serious methamphetamine problem, one that can only be solved with the help of well-rounded actions on multiple fronts. One of the most important options for dealing with the methamphetamine crisis is to ensure that those suffering from addiction are able to get help.

What Does Meth Addiction Treatment Entail?

Methamphetamine addiction can become highly severe. According to the Center for Substance Abuse Research, people who abuse meth might take it for several days or even weeks without sleeping or eating much, just to keep their high going strong. People who have been on this drug can also become violent or dangerous. These are just some of the reasons why professional treatment is necessary for meth addiction.

Putting an End to Your Meth Abuse

Are you ready to stop abusing meth and recover your life again? Just call 800-483-2193(Who Answers?) to speak with a treatment advisor. We will help you find safe detox and rehab centers in your area.