In Saranac Lake, New York, St. Joseph’s Rehabilitation Center Inc. just received the okay to transform an old, unused warehouse into a treatment facility that will offer patients 24-hour care as well as an outpatient expansion. This new facility will also provide 10 beds specifically for individuals going through detox. 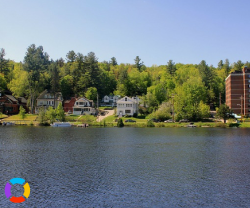 St. Joseph’s proposed this idea to the State Office of Alcoholism and Substance Abuse Services in 2017, and the funding has just been approved. While in most cases this would mean the actual execution of these services is far off (sometimes as long as three years or so), the CEO of St. Joseph’s Bob Ross says this would be “unacceptable” during the current severity of the opioid crisis. As such, St. Joseph’s will partner with Primary Care Development Corp. in order get the new facility up and running more quickly. Primary Care is financing the project, providing $500,000 to St. Joseph’s.

“There has been an acknowledgement in the Legislature and Governor’s Office that more resources are needed,” says Ross. New York state statistics show that opioid deaths have more than tripled from 2011 to 2016, rising from 1,000 to over 3,300.

Yes. More and more people are struggling with opioid abuse problems, and this is leading to more addictions, overdose deaths, etc. in New York state as well as in the entire country. However, those who attempt to go through opioid withdrawal on their own often cannot do so safely.

Detox treatment is often the first part of recovery for an opioid addict, as it helps the patient put an end to their substance abuse, become stabilized after withdrawal, and start the transition into rehab.