Opioid Overdose Deaths in Massachusetts on the Decline in 2017

Based on recent reports, opioid overdose deaths have actually decreased for the first time in years in Massachusetts. These deaths have dropped a considerable 8.3 percent during 2017, even though for several years prior, they have increased regularly.

This is still a disturbingly high statistic, and individuals living in Massachusetts should be aware that the opioid epidemic is far from over in their state. However, it is providing hope to many to see a decline in these numbers that have been increasing for so many years. 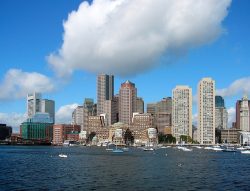 Now that opioid-related deaths are on the decline for the first time in years, we must still remember that the crisis has not ended in neither the state nor the country.

People who take opioids in large doses may overdose purposefully or accidentally. Part of the reason for the high number of opioid overdoses happening currently is the frequent abuse of fentanyl, a dangerous opioid drug that is 100 times more potent than morphine. Sadly, many people do not realize how potent this drug is and think they are taking a safe amount, which leads to an overdose.

Opioids cause a number of dangerous side effects when taken in large doses, which can lead to a deadly overdose.

Opioids cause respiratory depression, and sometimes, an individual’s breathing will become very shallow or they will stop breathing completely.

Opioids can also cause nausea and vomiting.

If you are looking for safe, effective care in a detox or rehab center near you, call 800-483-2193(Who Answers?) now and speak with a treatment advisor.