Ohio is asking its citizens to step up and make a contribution to the fight against the opioid crisis with the Ohio Opioid Technology Challenge. The state is hoping to kick-start development of new and helpful ideas that could allow for serious innovations in the treatment of opioid addiction and other relevant issues. 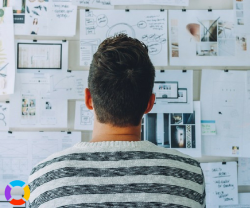 The Idea Phase of the project just ended in December 2017, and ideas from all Ohio, the country, and the world poured in. The Challenge Phase now follows, which was launched in February and has a deadline of July 11th, 2018. Winners will be announced in September of this year. Finally, The Product Phase will be launched in September with a deadline sometime in July of 2019. Winners of the final phase will be announced in August 2019.

The four topics included in the Challenge Phase are as follows:

Up to 12 winners will receive $200,000 to advance their technologies and bring these solutions to life.

Being able to fight the opioid crisis is an enormous priority, not only in Ohio, but in the entire United States. The current administration declared this issue to be a public health emergency in 2017, but this didn’t sit well with many individuals who feel it should be given much more attention. This is also understandable when we consider the ways in which the opioid crisis has affected Ohio and the entire country.

Opioid addiction is a serious problem and more advances in technology are necessary to be able to fight it effectively.

If you or someone you love is struggling with an opioid addiction, it’s time to get real, professional help. Call 800-483-2193(Who Answers?) to speak with a treatment advisor, and we will match you with the best detox and rehab programs available.