A new JAMA report reveals that synthetic fentanyl is causing more overdose deaths in the U.S. than any other drug including heroin and prescription opioids. Synthetic opioids are also being increasingly found in other illicit substances including cocaine, methamphetamine, and counterfeit painkillers.

Here’s a look at the latest findings surrounding the involvement of synthetic opioids in U.S. drug overdose deaths. 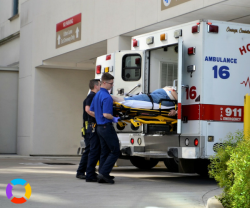 The latest JAMA study used death certificates from the National Vital Statistics System to determine the number of overdose deaths caused by different drugs between 2010 and 2016. Researchers learned that roughly 46% of the 42,249 opioid overdose deaths in 2016 involved synthetic opioids like fentanyl, while only 40% involved prescription opioids like oxycodone and hydrocodone. Previously, data from other sources had suggested that synthetic opioids accounted for only 37% of opioid overdose deaths in 2016.

How is Fentanyl Different from Other Opioids?

Fentanyl is up to 50 times stronger than heroin and up to 100 times stronger than morphine — meaning just a small amount of this synthetic opioid can produce a high as powerful as that produced by larger amounts of these other drugs. But for many opioid users, the potency of fentanyl is often so strong it leads to respiratory depression within seconds and causes an instant overdose.

No two batches of synthetic fentanyl are exactly the same, which makes this drug even more dangerous and unpredictable, and likely to trigger an overdose. Fentanyl is manufactured illicitly in China, where drugmakers are constantly changing its chemical structure so they can evade drug laws and continue distributing the drug without being subject to legal consequences. For the past several months, China has been working closely with the U.S. to identify and ban the many different versions of synthetic fentanyl driving overdose deaths.

Since most illicit fentanyl is synthetic and made with chemicals, the drug is cheaper than most other illicit street drugs including cocaine and meth. Many dealers are cutting their drug supplies with fentanyl to save costs and offer their customers a more powerful high, but fail to disclose this information to buyers. As a result, people who think they’re just using heroin, cocaine, or meth end up suffering an overdose without knowing their drugs are mixed or cut with fentanyl.

Where to Get Help for Opioid Addiction

Opioid use in the U.S. is more risky and dangerous than ever before — especially for those who have switched to using illicit street drugs and counterfeit painkillers. Any drug purchased on the street can contain fentanyl, including drugs you may have purchased from your dealer in the past that didn’t lead to an overdose. If you’re struggling with opioid addiction, the best thing you can do is get help so you can become healthier, escape the pressuring demands of addiction, and lower your risk for a deadly overdose.

Opioid addiction can be safely and effectively treated using a medical detox and therapy. A medical drug detox for opioids allows you to withdraw from fentanyl and all other opioids using medications that relieve drug cravings and symptoms like nausea, muscle pain, and insomnia. Detox is often followed by therapy, which teaches you skills that help you improve your thinking patterns, behaviors, and lifestyle after having been opioid-dependent and struggling with addiction.

Find nearby drug detox centers using our detox center directory, or call our 24/7 confidential helpline at 800-483-2193(Who Answers?) to discuss your treatment options with an addiction counselor. Detox.com will help you find an addiction treatment center ready to guide you safely and comfortably along the path to sobriety.