Teenagers who suffer from mental health conditions like depression and schizophrenia are more likely to become dependent on painkillers after receiving an opioid prescription, says a new study published in JAMA Pediatrics. The findings suggest that doctors can use better screening practices to lower the risk for opioid dependence and addiction when prescribing opioids to teens with mental illness. 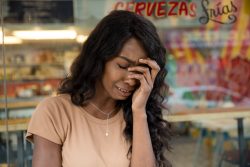 Researchers involved in the latest JAMA Pediatrics study set out to identify vulnerable populations being affected most by the opioid crisis. Lead study author Patrick Quinn and team looked at commercial health insurance records for over 1.2 million teens between the ages of 14 and 18 who had been prescribed painkillers for various medical reasons. Researchers then looked at the number of teens on painkillers who were also diagnosed with a mental health disorder, including sleep disorders, ADHD, and substance use disorders.

Teens already using psychoactive medications like benzodiazepines and antipsychotics before using opioids were even more likely to become opioid dependent than peers using other types of medications to treat their mental illness.

The Link Between Addiction and Mental Health

A number of previous studies already show a strong association between addiction and mental health disorders in adults. The NIDA states that when compared to the general population, people who suffer from drug use disorders are twice as likely to suffer from mental health disorders, while the reverse is also true. Why is there such a strong link between addiction and mental illness?

Mental health disorders cause symptoms like fear, anxiety, and paranoia that can interfere with one’s ability to navigate normal daily life. Some people with mental illness will use drugs and alcohol to self-medicate in an attempt to relieve and escape their symptoms. For instance, a person who suffers depression may abuse alcohol to give themselves a break from feelings of sadness, and to benefit from temporary happiness and euphoria.

At the same time, people with substance use disorders can develop a mental illness as a side effect of addiction. Long-term drug and alcohol use can change brain chemicals and brain structure in ways that increase the risk for mental illness. A person who suffers from addiction and mental illness at the same time is known to have a dual diagnosis, or co-occurring disorder.

Why Teens with Mental Illness are More Vulnerable to Addiction

When questioned about why teens with mental health conditions face higher rates of opioid dependence, study author Quinn says it’s possible mental illness symptoms cause these teens to experience pain more intensely or persistently than their peers. Teens with mental illness also have greater access to opioids than their counterparts since they visit the doctor more frequently, and can mention other health problems during regular appointments.

Quinn says that when it comes to prescribing opioids to teens, doctors should first consider using over-the-counter pain relievers acetaminophen and ibuprofen, which are proven just as effective at treating pain as opioids and carry a lower risk for dependence. Doctors can also work with mental illness patients to make sure opioid therapy is short-term, and isn’t being extended for longer than needed.

If you need help recovering from addiction, understand that you’re not alone, and that millions of other Americans are sharing similar struggles. Call our 24/7 confidential helpline at 800-483-2193(Who Answers?) to learn more about your addiction treatment options, and to find a nearby detox center ready to help you achieve lifelong sobriety.