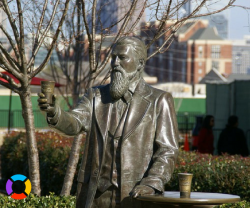 Though the state is fighting back in many ways, such as passing a bill that would provide the state with an executive director of drug abuse and addiction as well as the ability to test for opioid abuse in all state government jobs. However, many experts feel these changes are not enough and continue to push for more access to treatment for recovering addicts who truly need it.

Hydrocodone is an opioid medication often used to treat severe pain, either due to a long-term issue or for short-term pain relief, such as after surgery (National Library of Medicine). Often marketed as a combination medication with other drugs like acetaminophen, aspirin, guaifenesin, and caffeine, hydrocodone can be effective for pain relief, but it is first and foremost an opioid, making it dangerous to use for long periods of time.

Do I Need Hydrocodone Detox?

If you have been taking hydrocodone and have become dependent on it, you will likely need detox in a professional treatment facility. This is especially true for those who have been abusing hydrocodone, although detox must be followed with rehab for a full, well-rounded recovery.

If you answered yes to any of these, it is probably time to seek hydrocodone detox. Your caregivers will help you work through your withdrawal and transition into addiction treatment once your detox has ended. For help finding facilities in your area that will take your insurance and provide you with effective care, call 800-483-2193(Who Answers?) now.