The White House recently released a report detailing the true cost of the U.S. opioid epidemic for the year 2015. According to the Council of Economic Advisers, the opioid crisis cost the U.S. economy $504 billion, which is more than six times the most recent estimate of $78.5 billion.

Here are more details about the announcement, and a brief overview of the ongoing U.S. opioid crisis.

New Estimate is Higher Due to Worsening Epidemic

The CEA says the new amount is much greater than originally estimated because the U.S. opioid epidemic is becoming worse — especially with heroin use on the rise. The 2016 study that estimated the cost of the epidemic at $78.5 billion only examined data surrounding prescription opioids, but not data for illicit opioids such as heroin. The CEA also revealed that previous studies failed to take into account the impact of overdose fatalities on the economy.

This latest report could be used to urge Congress to allocate more funds toward improving the opioid epidemic, with the argument being that releasing extra funds for the crisis could save the country billions in economic losses. Last month, the Trump Administration officially declared the opioid crisis a public health emergency, which will help expand access to opioid addiction treatment for those in need.

How is the U.S. Resolving the Opioid Crisis? 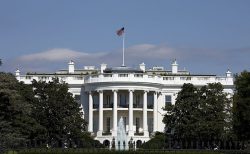 The opioid crisis cost the U.S. six times more than the most recent estimate.

After declaring the opioid crisis a public health emergency, the Trump Administration proposed to hire additional healthcare workers to assist with the crisis. Trump also announced plans to train doctors on safer prescribing methods, and launch telemedicine in rural and isolated areas where residents are unable to physically visit doctors for opioid addiction treatment. Health insurers that do not provide coverage for opioid addiction treatment may also be subject to penalties going forward.

Many states are improving their prescription drug monitoring programs so they can accurately track the number of opioid prescriptions being written out to patients. When improved, these PDMPs will update immediately in real time so patients can no longer engage in doctor shopping and put themselves at risk for addiction or an overdose.

Declaring the opioid crisis a public health emergency could also lead to widespread acceptance of medication-assisted treatment, or MAT, among healthcare providers. MAT is a safe, proven treatment for opioid addiction that can help patients become sober and avoid future relapses.

Painkillers and heroin can be difficult to stop using on one’s own without professional detox treatment. At-home detox kits are often ineffective and risky, since these kits do nothing to relieve withdrawal symptoms. Those who are overcoming a severe addiction to heroin or painkillers are often at risk for complications during withdrawal, and need access to medical staff who can monitor their vitals and relieve symptoms.

Drug detox centers that offer MAT for opioid addiction use medications that relieve opioid cravings and other severe withdrawal symptoms — including insomnia, nausea, and vomiting. With MAT, patients can detox slowly and comfortably from opioids over the course of several weeks or months while receiving ongoing therapy. Therapies such as counseling, support groups, and cognitive-behavioral therapy can help patients overcome psychological addiction so they can achieve long-term sobriety after completing MAT.

If you or someone you love needs help overcoming opioid dependency and addiction, call our 24/7 confidential helpline at 800-483-2193(Who Answers?). One of our caring drug abuse counselors will discuss all your treatment options, and help you find the nearest opioid detox center in your area.