Lynell Stanley, a 32-year-old man from Youngstown, Ohio, is now facing felony drug and illegal firearms charges after he parked in a handicap parking space. Police officers in the area were tipped off to look for a suspicious car involved in a drug deal, and they found Stanley parked in a handicap space on the corner of Martha’s and Southern Boulevards. When the officers tried to approach the vehicle, Stanley fled, which caused the officers to give chase. 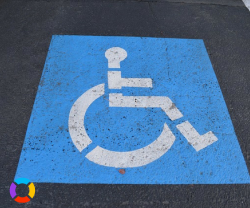 A gun fell out of Stanley’s pants as he tried to flee the scene, and officers were able to apprehend him on Ravenwood Avenue. Once the car was searched, police found over $800 in cash and 12 pills later confirmed to be OxyContin. Officers later determined that the gun that fell from Stanley’s pants as he tried to run away was stolen. Stanley is facing at least four charges, including carrying a concealed weapon, obstructing official business, resisting arrest, and drug possession. He is also charged with having an outstanding warrant for a previous crime.

What Is OxyContin and How Does It Affect Users?

OxyContin is a brand name drug that contains oxycodone, an opioid pain reliever normally used to treat moderate to severe pain (National Library of Medicine). OxyContin was one of the most overly abused drugs in the United States for many years, although a large number of individuals have turned to other types of prescription painkillers, or unfortunately, street drugs like heroin and illicitly made fentanyl.

Of course, someone who has been abusing OxyContin and has become dependent is usually addicted as well. This will require further treatment in a rehab center that provides patients with the skills to avoid relapse during recovery. Detox treatment that is not followed by rehab is not a full, well-rounded recovery program, and patients will often require at least a few weeks of detox followed by at least 90 days of rehab to be able to build a strong recovery and avoid returning to OxyContin abuse.

Call 800-483-2193(Who Answers?), and we will put you in touch with one of our treatment advisors. We can help you find detox and rehab centers in your area, including programs that will accept your insurance plan.