Getting Addiction Help as Part of the LGBTQ Community

LGBTQ adults in the U.S. are more than twice as likely to have used illicit drugs in the past year than heterosexual adults. LGBTQ adults also suffer higher rates of binge drinking of between 35 and 42%, compared to the rate of 26% among the heterosexual population. Substance abuse affects everyone from all backgrounds and from all walks of life, but the LGBTQ community faces a higher number of challenges that make these individuals more susceptible to addiction, and that prevent them from getting the addiction help they need.

Addiction can be difficult for anyone to overcome — regardless of who they are, where they come from, how much money they make, and their sexual orientation and identity. But the LGBTQ population needs drug and alcohol detox centers that can accommodate their unique healthcare, emotional, and psychological needs, as that offer services aimed at helping LGBTQ people fully overcome addiction.

Here’s an in-depth look at common causes of substance abuse among the LGBTQ community, and what you can do to help an LGBTQ loved one find the treatment they need to become physically and emotionally healthier, and addiction-free.

LGBTQ people are found more likely than heterosexual people to suffer from substance abuse and mental health disorders in their lifetime, and tend to suffer more severe cases of addiction than their non-LGBTQ counterparts. In 2015, 15.1% of LGBTQ adults in the U.S. suffered from a substance use disorder, compared to 7.8% of the heterosexual population. Nearly 11% of LGBTQ adults suffer from alcohol use disorder, compared to only 6.1% of the non-LGBTQ population. Illicit drug use disorders affect 7.8% of LGBTQ people, and only 2.6% of non-LGBTQ people.

LGBTQ people become addicted to drugs and alcohol for many of the same reasons as non-LGBTQ people, but face different social and emotional challenges that increase their risk for substance abuse. For instance, some struggle with their self-images as they work toward finding their sexual identities, or have experienced violence or trauma from bullies and sexual predators. These individuals will often use drugs and alcohol as a way to mask feelings of stress, depression, trauma, and other mental symptoms interfering with their ability to navigate comfortably and confidently through everyday life.

Here are other common causes of substance abuse among the LGBTQ population.

Some who identify as LGBTQ may experience chronic feelings of guilt and shame surrounding their identities. They may feel as if they’ve let down their friends and family for not being heterosexual, or as if there’s something wrong with them for being attracted to members of the same sex or those who are transgender.

Guilt and shame can also be driven by isolation — especially for LGBTQ people who lack a strong support system of understanding friends and family, and who are unable to connect with other LGBTQ people in their communities. Having to conceal information about their identities can often trigger psychological distress, accompanied by feelings of guilt and shame. 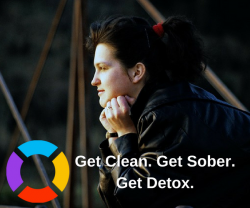 Minority stress is a term that describes the chronically high levels of stress experienced by those belonging to minority groups that commonly face stigma, such as the LGBTQ community. LGBTQ people who suffer minority stress may be regularly subject to social stigma, prejudice, and discrimination surrounding their sexual identities. For instance, a lesbian couple who wants to have children may face opposition and discrimination from community members who believe children should only be raised by heterosexual couples.

Minority stress can even be triggered as a result of having to navigate around laws and policies that discriminate against LGBTQ people — especially in regards to housing, employment, and health care. For example, some states require transgender people to undergo sex reassignment surgery before their gender identities can be legally recognized. But this law can be problematic for transgender people who wish to maintain their ability to procreate, and can induce negative feelings and emotions such as stress, frustration, and hopelessness surrounding living with their sexual identities.

People who suffer mental health disorders like depression, anxiety, and PTSD are often twice as likely to also suffer a substance use disorder, and vice versa. A person who suffers from mental illness and addiction at the same time is known to have a dual diagnosis, or co-occurring disorders. Many who struggle with mental illness will often use drugs and alcohol to manage and avoid their symptoms.

In many U.S. communities, LGBTQ people can socialize and interact freely with their LGBTQ peers at clubs, bars, and other events that commonly encourage drug and alcohol use. Historically, many LGBTQ communities have been centered on activities that fuel substance abuse, and that make it difficult for people to avoid common triggers that can lead to addiction. Peer pressure and environment are two driving factors and common causes of substance abuse among the LGBTQ population — especially those who are heavily active in the LGBTQ community.

Why Many LGBTQ People Avoid Getting Addiction Help

In 2015, there were 1.7 million LGBTQ people who needed addiction treatment, but only 340,000, or 20% of these individuals received addiction help within the last year. That means 80% of the LGBTQ population with substance use disorders are continuing to suffer from addiction without getting a professional drug and alcohol detox.

Unfortunately, many of these individuals avoid seeking treatment for fear of experiencing some of the same problems that led to their addiction in the first place, such as constantly dealing with discrimination, homophobia, and prejudice. A report examining alcohol use disorder rates in the LGBTQ community found that stigma, intolerance, and discrimination are the largest barriers to prevention and treatment for alcohol use disorder among this population.

Though each LGBTQ person may have their own unique reasons for avoiding addiction treatment, limited treatment options and fear of discrimination in recovery are among the most commonly cited reasons.

Many employers do not offer healthcare benefits for same-sex partners and their children — meaning LGBTQ workers who lack health insurance may avoid seeking addiction treatment due to financial strain. Additionally, some healthcare insurers do not offer coverage to people with certain gender identities. Fortunately, many drug and alcohol detox centers understand the stigma and discrimination that surrounds those who identify as LGBTQ, and can work around barriers including lack of health insurance to help these individuals find affordable treatment.

LGBTQ people who decide to move forward with seeking addiction treatment are often faced with the task of weeding out drug and alcohol detox centers that lack the experience and training needed to properly serve this population. For instance, those who have had sex reassignment surgery and who choose to recover from addiction at an inpatient detox center need access to medical staff who can administer and oversee hormone replacement therapy in addition to drug detox. LGBTQ people who live in areas where this type of care is unavailable may continue suffering from addiction under the impression that getting treatment is near to impossible.

A recent survey found that nearly 12% of all addiction treatment programs in the U.S. and Puerto Rico had reported offering specialized services for LGBTQ patients. But when these same treatment centers were questioned later on about their unique LGBTQ services, nearly 71% revealed these programs were no different than those offered to the general population. Only 7.4% of the programs surveyed could identify a unique addiction treatment aimed toward meeting the needs of LGBTQ patients.

Fear of Discrimination in Recovery

LGBTQ people may also face challenges with peers in group therapy and 12-step support meetings who are outspoken about their own views in regards to sexuality and sexual orientation. This can worsen feelings of stress, anxiety, and depression among LGBTQ patients, and interfere with their ability to speak openly about their struggles with addiction without being judged. Family therapy can also prove problematic for LGBTQ patients who have yet to reveal their sexual identities to family members, or who have family members that refuse to accept the person’s identity.

If you identify as LGBTQ or have a loved one who identifies as LGBTQ, Detox.com can help you find the best LGBTQ-friendly treatment centers that can meet all your unique healthcare needs. Use our drug detox directory to find treatment centers in your area, or explore rehab centers in a city or state you feel would enhance your recovery from addiction.

Here are tips that can help you get started on your search to finding the best LGBTQ-friendly drug and alcohol detox centers.

Devise a list of all the accommodations and services you’re looking for in an addiction treatment center, along with specific healthcare needs you’ll require during treatment. Be sure to prioritize and rank your most important needs. Some may need treatment centers that offer or oversee hormone replacement therapy, while others may need safe inpatient environments where patients are monitored closely 24/7 to reduce the risk for violence and assault.

Look for drug and alcohol detox centers offering services that cater specifically to the LGBTQ community. These services and programs should be able to help you overcome personal, social, and psychological challenges unique to the LGBTQ population. Look for treatment centers that teach you how to manage and respond to discrimination, and how to overcome peer pressure when attending LGBTQ events. Also, search for treatment centers that will work on helping you accept your identity and become more comfortable with who you are, and that can treat you for underlying mental health disorders that coexist with your addiction.

After narrowing down your LGBTQ-friendly treatment options, contact your top choices to confirm you or your LGBTQ loved one can receive professional treatment as deserved, and that the facilities offer services that can meet all your needs.

If you need help finding an LGBTQ-friendly treatment center, call our 24/7 confidential helpline at 800-483-2193(Who Answers?) to discuss your needs in private with an experienced addiction counselor. We’ll help you find the best drug and alcohol detox centers equipped to safely guide LGBTQ community members toward overcoming addiction and achieving lifelong sobriety.