How Can I Safely Detox from Cocaine?

Cocaine withdrawal is one of the most dangerous withdrawal syndromes, not because it causes severe physical symptoms but because “the level of craving, irritability, delayed depression and other symptoms produced by cocaine withdrawal is as strong as other types of withdrawal, or even stronger” (National Library of Medicine). A detox from cocaine must be done under the supervision of professionals in order to avoid the risk of any serious consequences.

Call us any time to find cocaine detox centers near you!

Cocaine’s Withdrawal Symptoms and Their Effects

Unlike with alcohol or opioids, cocaine abusers who suddenly stop taking the drug do not usually experience intense physical side effects but instead present a host of symptoms that are largely psychological. Because of this, it can be very difficult for someone going through cocaine withdrawal to deal with their symptoms, as they are incredibly intense but not easily detected by others. This can be very problematic, as well as the fact that the symptoms themselves––depression, anxiety, intense cravings, and sometimes, psychosis––are dangerous.

It is never safe for someone to attempt to go through cocaine detox without the help of medical professionals. Many try to do so anyway and find that the cravings or the depression are too intense. If they do relapse at this point, the chance of overdose increases because they have not been using cocaine for a while, increasing the possibility of heart attack and stroke. Anyone attempting to detox from cocaine should do so in a treatment facility where they can be monitored by healthcare professionals and given specific treatments to minimize their symptoms.

Safe Detox in a Treatment Facility 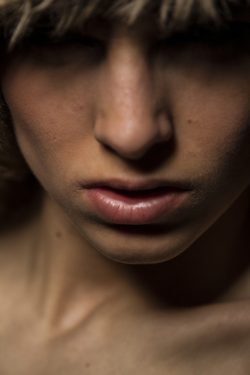 Cocaine withdrawal symptoms can include severe anxiety and even psychosis.

According to the journal Psychiatry Matrix Medical Communications, no medication has been developed specifically for the treatment of cocaine’s withdrawal symptoms. Unfortunately, there has not been as strong of an interest in this type of dependency as there has for opioids and alcohol (possibly again because of the largely psychological nature of the symptoms cocaine dependence produces). Still, “establishing a period of abstinence from these agents” is important, and there are ways in which clinicians can make the whole process safer.

Anticraving medications like disulfiram may be given to individuals with severe symptoms in order to minimize these issues, and antidepressants should not be withheld from the individuals who need them. In some cases, psychosis including paranoia, hostility, and suicidal and homicidal thoughts may occur, and patients struggling with these issues may be given antipsychotics to treat their symptoms. The management of the individual’s withdrawal is usually done on a symptom-by-symptom basis, ensuring that they are abstinent from cocaine and safe under the care of professionals.

After the patient is stabilized somewhat, they can begin counseling and start to consider the possibility of attending addiction treatment. This is often necessary for individuals who are already dependent on cocaine, and starting behavioral therapy during the detox process can help ease patients through the transition as well as teach them how to cope with lingering symptoms like depression.

You Can Recover from Cocaine Withdrawal

Through safe, monitored detox, you can get through your withdrawal period and begin to make changes to your life that allow you to abstain from cocaine and begin to feel like yourself again.

If you would like more information or if you want help finding a detox program in your area, call 800-483-2193(Who Answers?).