When it comes to opiate addiction and detox, there are more options available than there are for other addictions. Maintenance medications, like Subutex, are a viable option that help opiate addicts control the withdrawal process and its symptoms. Also known as buprenorphine, Subutex detox can be greatly beneficial for opiate addicts. Please call 800-483-2193(Who Answers?) to learn about what treatment options are available and to be directed to a treatment program that meets your needs.

According to SAMHSA, Subutex does not create a high, like that common with opiates or other detox medications. Instead, many patients report feeling “normal.” The medication’s main ingredient, buprenorphine, works by stimulating the brain’s opioid receptors in the same manner that the abused substance would.

Effectively, it tricks the brain into thinking that it has received the illicit drug and will still produce the euphoric effect that opioids cause, just in a reduced form. The high associated with opiates often comes, not from the drug’s interaction with the opioid receptors, but from the drug’s interaction with the rest of the brain and body. Subutex focuses on the receptors and little else, preventing that high sensation.

Contact us now to find opiate detox centers near you!

It Has Fewer Side Effects 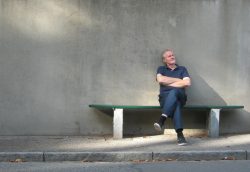 Subutex has fewer side effects than other maintenance medications.

The main function of maintenance medications is to keep the symptoms of withdrawal at bay. Other medications, like methadone and naltrexone, are considered to be just as effective, according to the Journal of Neurosciences in Rural Practice, and provide the same function as buprenorphine and Subutex. However, they often have a bevy of side effects that can pose issues for patients.

Subutex is often prescribed for patients who have had severe reactions to other maintenance medications or are allergic to naloxone, which is an anti-abuse agent paired with buprenorphine in Suboxone. The side effects are usually mild—dizziness, upset stomach, cold-like symptoms, etc.—and can easily be remedied. Very rarely are there serious side effects, such as jaundice, and when there are, they are often a sign of the drug reacting with serious liver problems.

Subutex carries a smaller risk of overdose than other maintenance medications, often because the buprenorphine it contains is long acting. Taken in a pill form administered by a doctor, the effects can last long enough so that users rarely need to take more for a stronger effect.

This lasting effect often allows patients to skip a day in their treatment with Subutex during detox.

Access to Subutex is often through medical personnel, although there are some who are certified to write prescriptions for at-home dosages of Subutex. In those cases, however, the dosages are smaller and the prescription is usually in instances where the patient is unable to go to the treatment center where they normally receive Subutex.

If you or a loved one is struggling with an addiction, please call 800-483-2193(Who Answers?) for help. You will be able to speak with one of our caring specialists about the treatment options available to you.