How Naloxone Could Save Your Life and the Lives of Others

What is naloxone? Simply put, it is a life-saving drug that can stop a potentially fatal opioid overdose in its tracks. Between 1996 and 2014, everyday people using naloxone were able to reverse approximately 26,500 opioid overdoses. Considering over two million Americans currently misuse opioid drugs, think how many more lives could be saved each day if everyone from first responders to the general public had easy access to naloxone.

Opioids are drugs that can be prescribed to relieve acute pain, but which are recommended for short-term use. Not only do they become less effective if you take them for the long-term, they can increase your sensitivity to pain over time. When you add in the fact that they are highly addictive, opioids should always be taken with caution.

Opioids relieve pain and the stress associated with it by attaching to areas of the brain that control pain and emotions. They increase levels of the pleasure-causing neurotransmitter dopamine, which results in euphoria when taken in high doses, or by users who are not actually experiencing pain. Tolerance to these drugs develops quickly, as does physical and psychological dependence, which, given enough time, will lead to overdose. In 2015, 52,404 Americans died of an overdose, and 33,091 of those deaths involved an opioid. Do the math, and you’ll see the death toll averages to over 90 opioid overdose fatalities per day.

Morphine and codeine are opiates that are derived from the opium poppy plant, and heroin is synthesized from morphine. Heroin began as a legal painkiller, but was outlawed when it was discovered to be far too addictive for its intended purposes. There are semi-synthetic opiates like oxycodone and hydrocodone that are manufactured using both natural and synthetic ingredients, as well as extremely potent synthetic opioids that are entirely produced in labs. One synthetic opioid increasingly misused across the country is fentanyl, which is 100 times stronger than morphine. It was developed as a surgical anesthetic, and is used for palliative care in terminal cancer patients.

Fentanyl’s potency makes it incredibly dangerous, and the fact that it is cheap and potent has caused it to be widely used to create counterfeit drugs or mixed into heroin.

Over 20,000 Americans died of a fentanyl overdose in 2016. That same year, heroin caused over 15,000 overdose fatalities. Drug overdose deaths more than doubled between 2000 and 2015, and fatalities involving opioid drugs more than tripled.

When you break down the opioid crisis into statistics, the numbers are shocking, and show how desperately we need to prioritize the promotion and distribution of the overdose-reversing drug naloxone:

Naloxone can be injected by a healthcare professional using a syringe and vial containing the liquid drug, but naloxone also comes in an auto-injectable form (a device that makes it easy to inject the drug into the thigh, similar to an EpiPen), and a prepackaged nasal spray that is sprayed into the patient’s nostril while they are lying on their back. The auto-injectable and nasal spray formulations of naloxone are packaged in two dose cartons to allow a second dose to also be administered, if needed, to restart breathing.

Anyone who has been given naloxone for an overdose should be constantly monitored until emergency medical care arrives, and for at least two hours after that by medical personnel, who should continue monitoring the patient to look out for respiratory distress. Naloxone has no effect on people who have not taken opioids, but for those who have, it can cause side effects, including symptoms of opiate withdrawal—which are, of course, far preferable to death.

How Naloxone Could Save Your Life and The Lives of Others 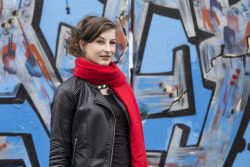 Naloxone saves lives and provides the chance for recovery.

Not only should more first responders such as EMTs and law enforcement officers carry naloxone, anyone who regularly takes opioids (even if they are not addicted), or who is close to someone who does, should have naloxone available for home use. Both the auto-injectable and nasal spray forms of the drug are very safe and easy for the layperson to use.

Even in areas where naloxone is widely used by first responders and emergency medical personnel, these professionals are not always able to arrive to help until it is too late. In cases like this, any family member, friend, or bystander with naloxone on hand could make the difference between life and death. Naloxone distribution programs can make a real difference by giving out naloxone kits to opioid users, their loved ones, and anyone else who is likely to be present during an opioid overdose. In Massachusetts, a naloxone distribution program reduced opioid overdose fatalities by approximately 11% in all areas that implemented the program. In communities nationwide, where overdose education and naloxone distribution programs were implemented, rates of overdose fatalities decreased by 27 to 46 percent.

There are a number of ways that access to naloxone can be expanded, including:

These efforts are already being made in many areas, resulting in a definite increase in naloxone access. Between 2010 and 2014, nearly three times as many people in the general public were given naloxone kits, and more than three times as many places began providing naloxone. The number of naloxone prescriptions dispensed at pharmacies increased by twelve times between 2013 and 2015. As a result, the number of reported overdose reversals using naloxone increased from 10,171 to 26,463 in that same time span.

Getting Physicians to Co-Prescribe Naloxone with Opioid Drugs

Although opioids are not recommended for the treatment of chronic pain, there are some physicians who do prescribe it for long-term use, due to the limited options available for many chronic pain conditions. When patients on long-term opioid therapy are also given prescriptions for naloxone, they have 63% fewer emergency room visits for opioid-related reasons.

Even if patients do not actually fill the naloxone prescription, patients who are given a co-prescription for naloxone are more likely to use opioids more responsibly, because it increases their awareness of the potential dangers of opioid medications. Patients who do receive co-prescriptions for naloxone report a favorable attitude towards the practice, with the majority of them feeling positive or neutral about being offered the medication, and 37% reporting a transition to safer prescription painkiller behaviors as a result. Making sure that naloxone is available at retail pharmacies, and that doctors make sure to prescribe it, can greatly reduce the number of overdose fatalities caused by prescription drugs.

Know the Signs of an Opioid Overdose

An opioid overdose is more likely to happen when a patient does not understand the prescribing directions and accidentally misuses the drug by taking higher than recommended doses or more frequent doses, when a patient deliberately misuses the drug in any way, when someone takes an opioid that was prescribed to someone else, when someone mixes opioids with alcohol or other drugs, or when a person is addicted to opioids and has developed a tolerance. In cases of especially potent drugs such as fentanyl, overdoses can also occur the very first time someone uses.

If you know the signs of an opioid overdose, you may be able to save a life. The three major symptoms to look out for are known as the “opioid overdose triad:”

Respiratory depression is common in opioid overdoses, as these drugs are central nervous system depressants. This dangerous symptom can lead to inadequate blood oxygenation and hypoxia (when the tissues are deprived of oxygen), and can result in coma, permanent brain damage, and death. Opioid overdose can also slow or stop the heart. Combining opioid drugs with alcohol or other sedating drugs will greatly increase your risk of death due to slowed or stopped heart rate or breathing.

Additional signs of an opioid overdose include:

When naloxone is administered during an opioid overdose, it completely reverses the effects of the drug, restoring normal breathing and heart rate. Even so, patients do need to receive medical care after the administration of naloxone. It is better to give the drug to someone you suspect may be overdosing on opioids, even if you aren’t sure. Naloxone has almost no effect at all on individuals who haven’t taken opioids, and can be lifesaving for those who have.

The best way to prevent an opioid overdose is to receive professional opioid detox treatment. Individuals who have survived an overdose thanks to naloxone, which reverses 93% of all overdoses, should also receive professional treatment to avoid a potentially fatal relapse. Patients who have had an overdose reversed by naloxone have a one in ten chance of dying within a year from a second overdose. Naloxone saves lives, but it is not a cure for addiction. Likewise, while opioid detox can free you from physical dependency on opioids, it is not a cure for addiction, but merely the first step in the right direction.

After detox, people are more vulnerable to overdose due to a reduced tolerance—another reason that detox should only be regarded as the first step of addiction treatment. Although there are many excellent outpatient detox programs available, research shows that inpatient treatment provides the best outcomes for opioid addiction.

Inpatient opioid treatment programs usually include withdrawal management medications such as buprenorphine and methadone. These medications block opioid withdrawal symptoms and drug cravings, stabilizing brain chemistry so that you can begin to benefit from the non-medical aspects of your recovery plan, such as individual, group, and family counseling.

Even after inpatient care, treatment is not over. Outpatient programs can be all day, or on evenings and weekends, allowing you to return to your personal and professional responsibilities. Once you are discharged from outpatient care, aftercare services such as continued counseling and peer support groups can bolster continued recovery success.

To find the ideal detox center for your recovery, visit our directory.  The Detox.com site can help you find a detox center by state or city, or you can get advice directly from a treatment counselor by using our live chat, or by calling 800-483-2193(Who Answers?), 24 hours a day, seven days a week.