Morphine is a prescription pain killer used to treat severe pain. Although it is a highly effective pain killer, it is also a highly addictive one. Fortunately, there are medications used to treat morphine withdrawal and to help you through morphine detox.

Doctors prescribe the drug that is right for you and your addiction at a detox or a treatment center.

Doctors started using methadone to treat morphine withdrawal along with chronic pain around 56 years ago. It works as a substitute for morphine in the brain effectively blocking the morphine at the receptor site. When the morphine is blocked, it no longer produces the euphoric effect that many people are addicted to. 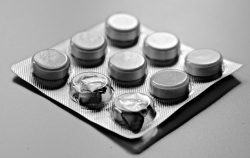 Buprenorphine is like methadone in that it relieves pain and stops the withdrawal symptoms. Unlike methadone, it is weaker and has a ceiling effect. The ceiling effect is when the maximum benefit of a drug is reached. You cannot feel additional effects by taking more of the drug. This is known to deter overuse and overdose.

Naltrexone is usually only used after the initial detox. It does not help a patient detox but does help them avoid relapse by blocking opioids in the brain, particularly when they are injected, according to the Food and Drug Administration. This once a month injection helps people stay off morphine during and after drug treatment.