Dangers of Detoxing from Alcohol

Detoxing from alcohol is not always a dangerous process.  In fact, for those who only occasional abuse alcohol or who are not physically dependent on the substance, detoxification may include mere headaches, nausea and sweats.  Unfortunately, for those who drink regularly and are physically dependent on alcohol, detoxing can have serious side effects.   For this group of people, the process of safely detoxifying from alcohol can be challenging at best and should be carefully supervised to ensure the continued health safety of the patient.

During alcohol detox, major symptoms of withdrawal can occur for some people.  It’s hard to tell how the detoxification process will play out or what the withdrawal symptoms will be like as each case of alcoholism, detoxification and withdrawal is different.  In cases where alcohol detox leads to significant symptoms of alcohol withdrawal, the only safe way to get past the symptoms and continue down the road to recovery may be to receive medical intervention including monitoring, medication and support.

Alcohol withdrawal may result in serious side effects such as: 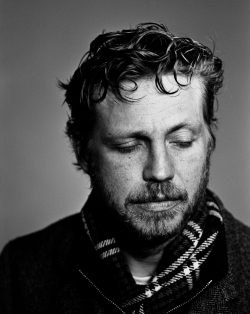 While detoxing from alcohol you may experience some dangerous situations.

Alcohol withdrawal begins within 6 to 48 hours following the last drink and may last anywhere from a couple of days to a few months or more.  The symptoms may include mild to moderate discomforts such as nausea and vomiting or they could be severe.  The profound impact that alcohol withdrawal has on the brain and the body’s ability to remain in control can be so severe in some cases that the only true safe method of detoxification is under the direct medical care of a doctor who specializes in treating alcoholism and withdrawal.

Fatal Consequences of Detoxing from Alcohol

In rare, but possible cases, alcohol detox can lead to fatal consequences.  Chronic alcohol abusers who suffer from dangerous symptoms of withdrawal such as hallucinations, stroke, seizures or serious neurological changes have an increased risk of suffering potentially fatal consequences as a result of their drinking and subsequent detoxification.  The most common causes of death related to alcohol detox include:

Proper medical treatment is critical in the alcohol detoxification process to ensure the continued safety of the patient throughout the most challenging periods of early recovery.  Don’t let alcohol addiction claim your life when you’ve made the decision to get well, seek medical care before attempting to detox from alcohol for your safety and for the safety of those involved.